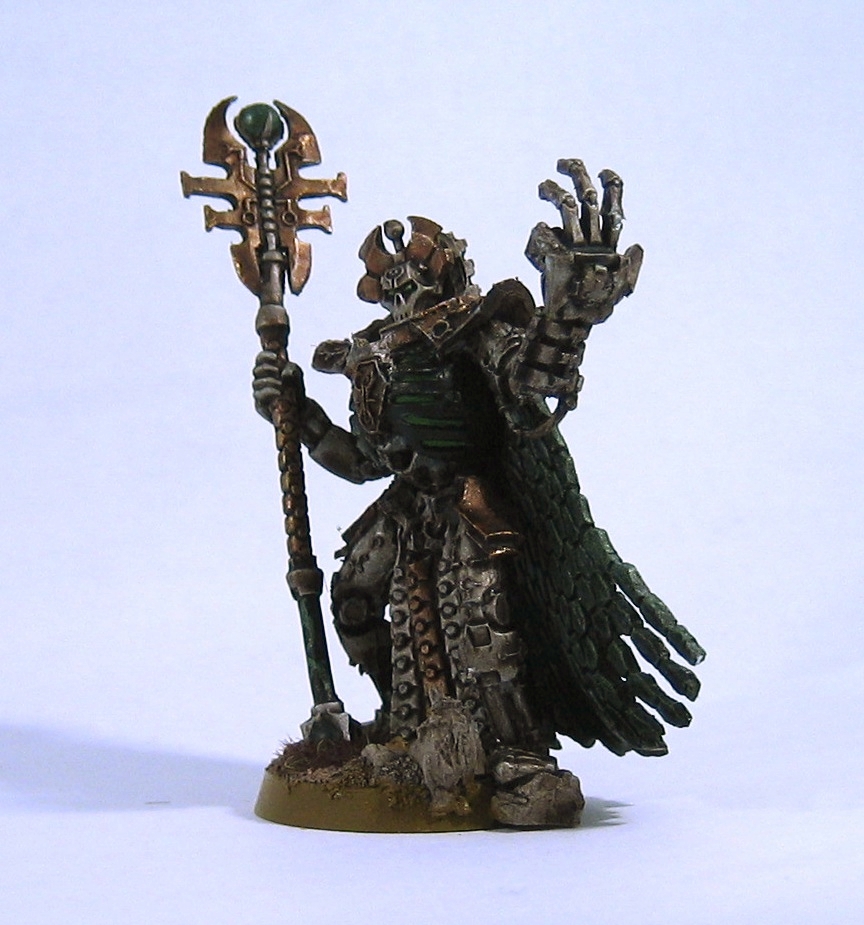 Here’s the first FineCast miniature that I’ve assembled and painted. I recently took my step-daughter and her friend to one of my local GW stores for one of their “hobby tutorial” sessions (which was actually great fun) and we each bought a miniature to paint after. The kids both got Huron Blackheart and I got this, Imhotek the Stormlord.

Overall, I’m not especially impressed with Finecast: of the three miniatures, mine was the only one that didn’t have major gaps left by bubbles in the mould. Imhotek’s staff was quite badly warped (although that’s easy enough to fix), but the absurd number of injection sprues meant that getting the model off the frame was pretty risky, and I ended up breaking off his thumb, which I promptly lost, and had to replace with a piece of sprue. His foot also broke off and I had to reinforce it by adding some cork pieces to the base (which actually turned out quite well).

I was probably foolish in believing what I’d been told about being able to paint directly onto the resin: when the kids tried this with their miniatures, the paint refused to adhere and I had to give them a quick blast from a spray can to prime them.

Here’s a few more pictures of the finished Overlord. I think I am going to avoid Finecast miniatures whenever possible, and stick to metal miniatures if I can: thankfully a lot of the stuff that’s now Finecast only is still available on eBay.

I’m still pretty impressed by the new Necron stuff. I bought a box of Immortals/Deathmarks and these plastic minis are pretty fantastic.