I must admit that fantasy has never really done it for me. I loved David and Leigh Edding’s Belgariad and Malloreon and the Sparhawk series, but I’d never really found fantasy all that satisfying. I grew up on Star Trek and Star Wars and they set the barrier for me.

So it’s kind of unusual for me to take an interest in Warmachine, the “steampunk” fantasy game by Privateer Press. I’ve admired the miniatures and artwork for some time and finally picked up a boxed set of the rules and two battleforces (Khador and Menoth) at Salute, which I split with a friend – he took the Menoth models, and I took the Khador ones.

I’ve been reading the rules and am quite impressed by the no-nonsense approach – “play like you’ve got a pair!”. I’ve just assembled one of the warjacks (apart from its head which is missing, and probably in the possession of my friend). 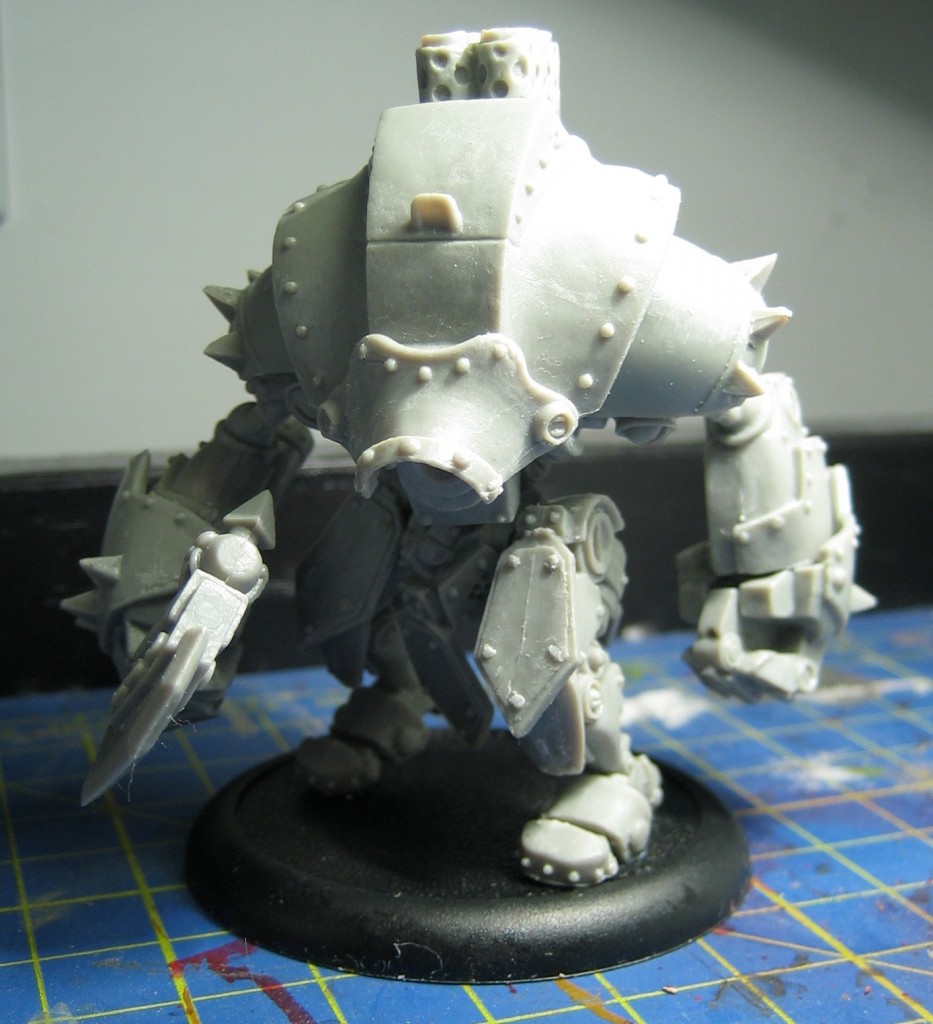 I trimmed the plugs on the legs so I could change the “standing to attention” pose, to make it more dynamic. The model is very flexible with lots of ball joints to allow for an infinitude of possible poses, and I’m looking forward to painting it. As Khador is a northern country (based on Russia) I’m going to try a snowy base for the first time. I may also have a go at press-moulding some Khador logos using some “instant mould.”