Here’s the first of nine Knights Castellan. These are heavy-support knights which mount a Quake Cannon (normally carried by Titans) and autocannons. They’re slow but heavily armoured. 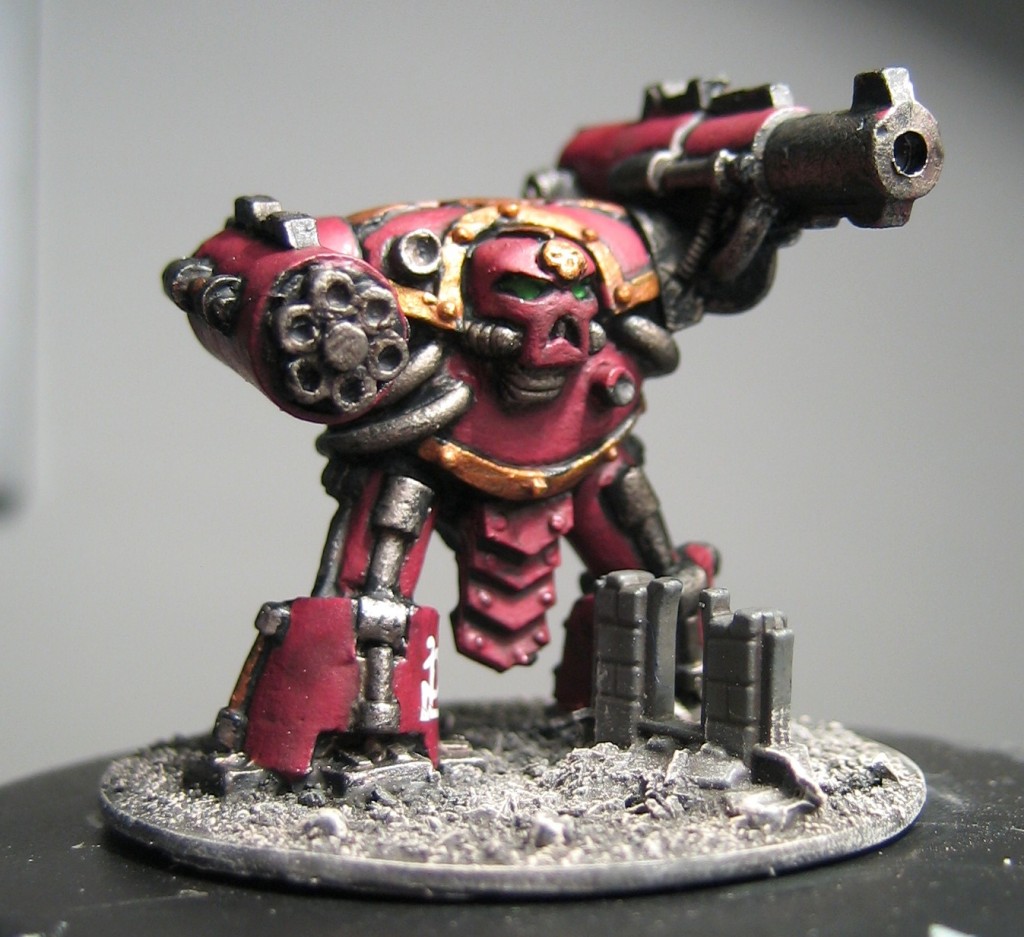 The brass areas were painted using Vallejo brass rather than the Coat d’Arms that I’ve used on previous models (I seem to have picked several pots from a bad batch, so I’m waiting for them to be restocked). The Vallejo paint is much shinier so I toned it down with some Scab Red. The difference between the two colours is visible, but not so much as to ruin the consistency of the paint scheme between models.