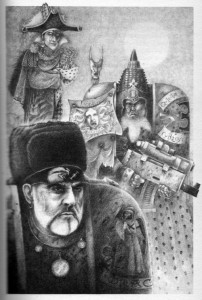 A recent discussion on Twitter got me thinking, as I occasionally do, about Ian Watson and his literary contribution to Warhammer 40,000.

Back in the old days, when GW was cheap, 40K was still relatively new, and the Black Library was still a decade away, GW published 40K “tie-in” novels by hiring established genre writers. Some used pseudonyms, but others didn’t. Most notable amongst them are (in my opinion) Charlie Stross, who contributed a short story to the Deathwing anthology, and Ian Watson, who wrote a total of four novels in the 40K universe.

I don’t think it’s possible to underestimate how important these novels are for me, and also to 40K, for reasons I will now explain.

First, the fact that an author with the reputation and status that Ian Watson had (and still has), must have done a lot for 40K’s credibility in the publishing scene. That Watson didn’t use a nom de plume says an awful lot. That must have been quite helpful when the Black Library was being established.

Secondly, these novels went a long way towards establishing the mood, and general approach, that 40K was to take for the next two decades. They are a bridge between the frivolous and silly Rogue Trader era universe, and the full-on grimdark of contemporary 40K: with feet on both sides of the divide, the books somehow manage to be silly and serious at the same time, simultaneously light-hearted and sharply melancholy.

Finally, they are important to me personally, because they cemented my love for both 40K and for Ian Watson. I read Inquisitor. Then I read Space Marine. Then I read everything else he wrote that was still in print. When I got an internet connection in 1995, I started picking up out-of-print paperbacks.

About ten years ago, Ian did an interview with some Hungarian 40K fans about his books, and what drew him to the 40K setting. It remains one of the most cogent and concise explanations of how the 40K universe works. Here it is:

Of all the great contemporary British SF writers, the only person I admire as much as Ian Watson is Adam Roberts. So imagine my delight at seeing this detailed review of Inquisitor. 40K as seen from a “serious” literary perspective!