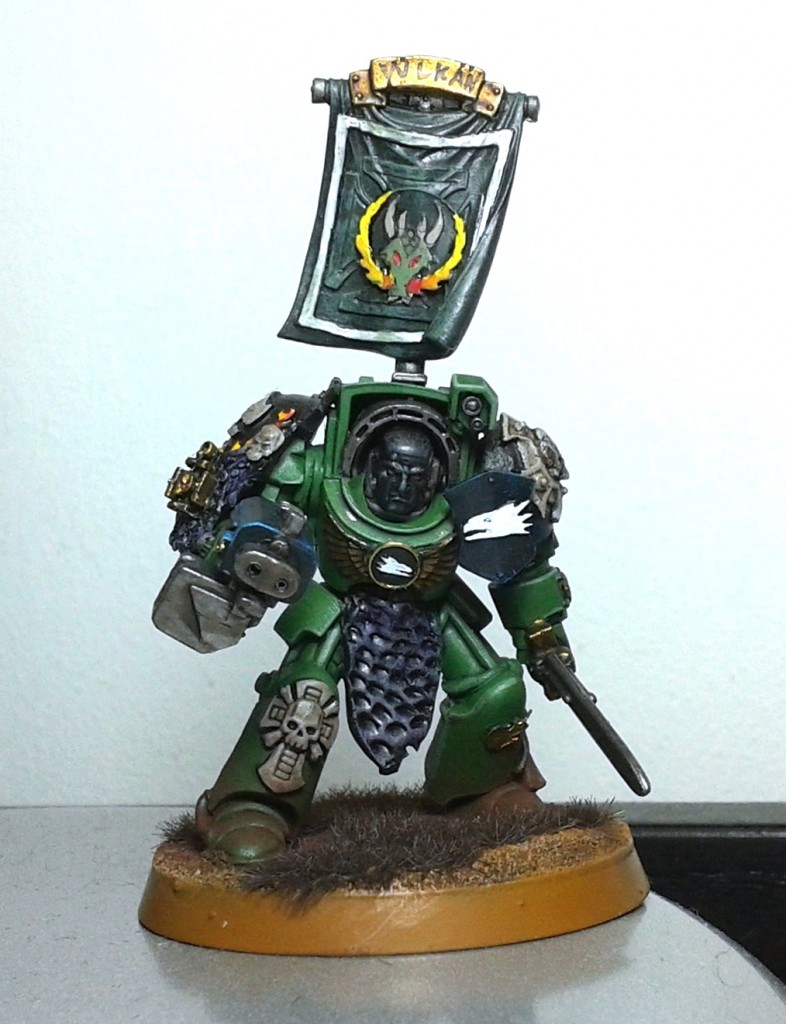 Here, finally, is the Sergeant for my first squad of Firedrakes Terminators. This chap has taken quite a while since it features two of my weak spots: faces and banners. My reluctance to get stuck in and actually have a go at painting them meant that this miniature spent several months on my “to do” list.

I am planning on having a stern word with myself as it’s taken me nearly a year to paint six terminators (this squad and a chaplain). This is because I broke one of my own cardinal rules, which is always use an assembly line. If you want to get an army finished, you divide your labour and do the same thing to every model at the same time. This is something I intend to do with the next two squads which will be painted all together.

Here are some more pics of the finished squad. 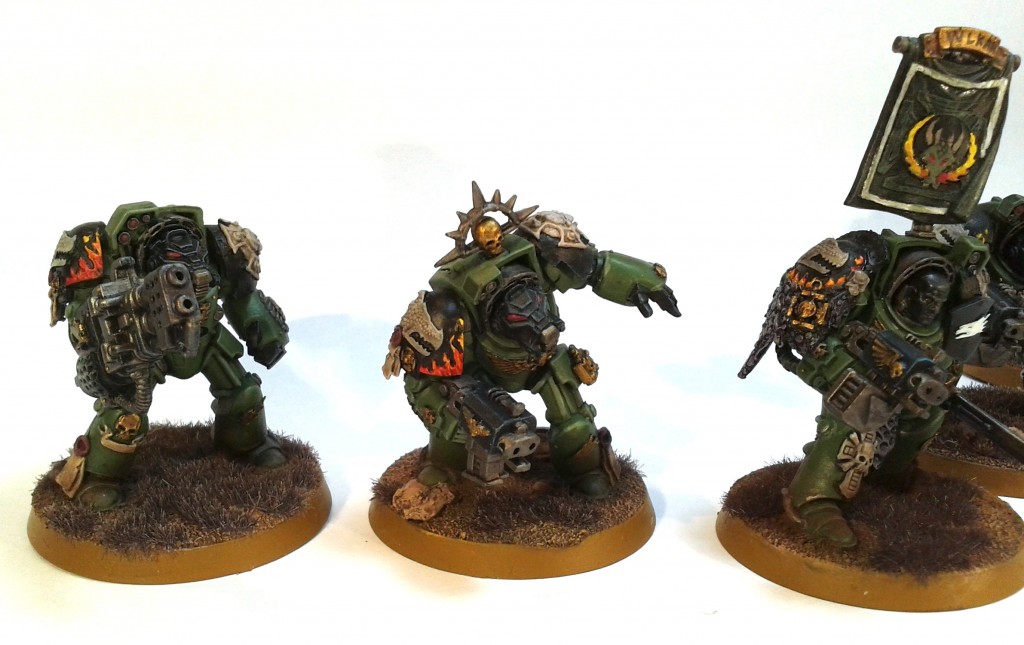 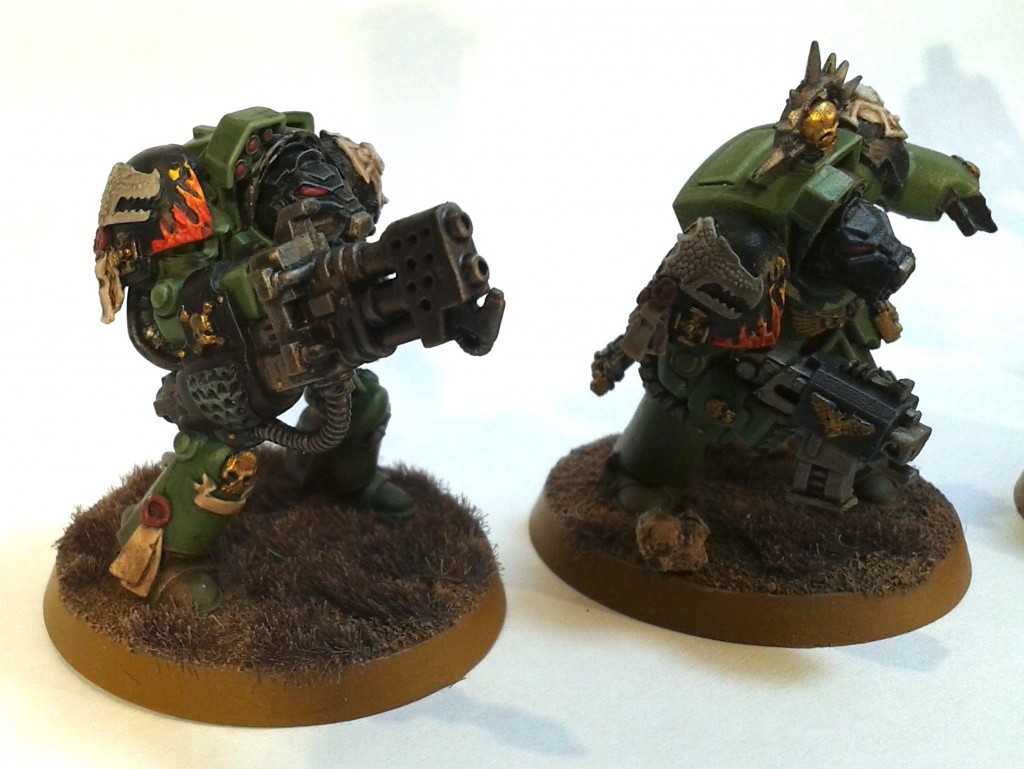 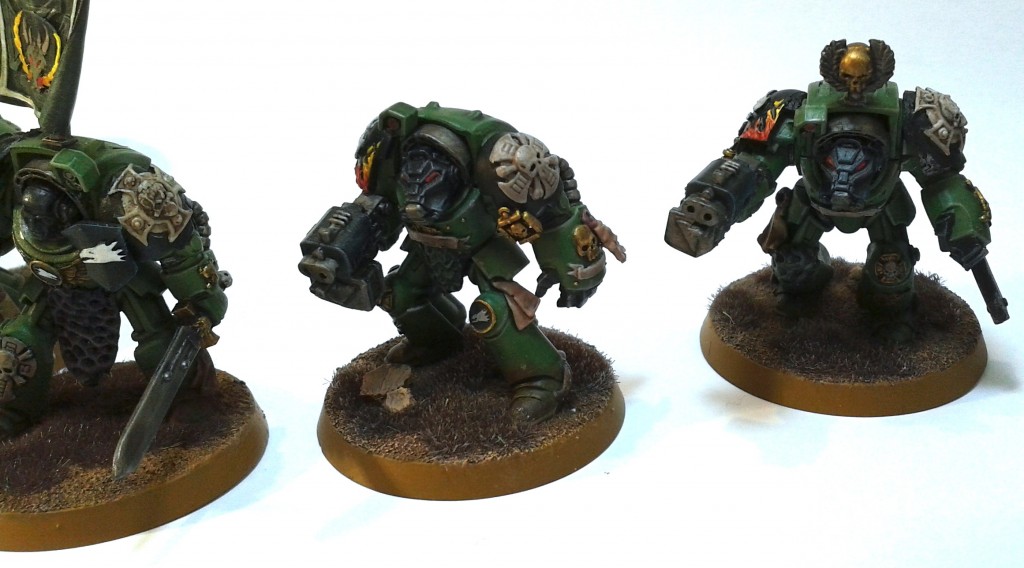