I wasn’t planning on building an Assault squad for my Salamanders army. I bought a box of Assault marines because I wanted to mix the legs and torsos into the Tactical squads to make them a bit more distinctive.

But I had some spare bodies — Rogue Trader-era metal Mark VII marines — so I thought I’d try fitting the modern arms and jump packs on to them to see how they’d turn out. The end result is pretty good I think. The Sergeant is a modern plastic miniature who’s carrying a Chapterhouse Studios thunder hammer and storm shield.

Here’s a closeup of the Sergeant: 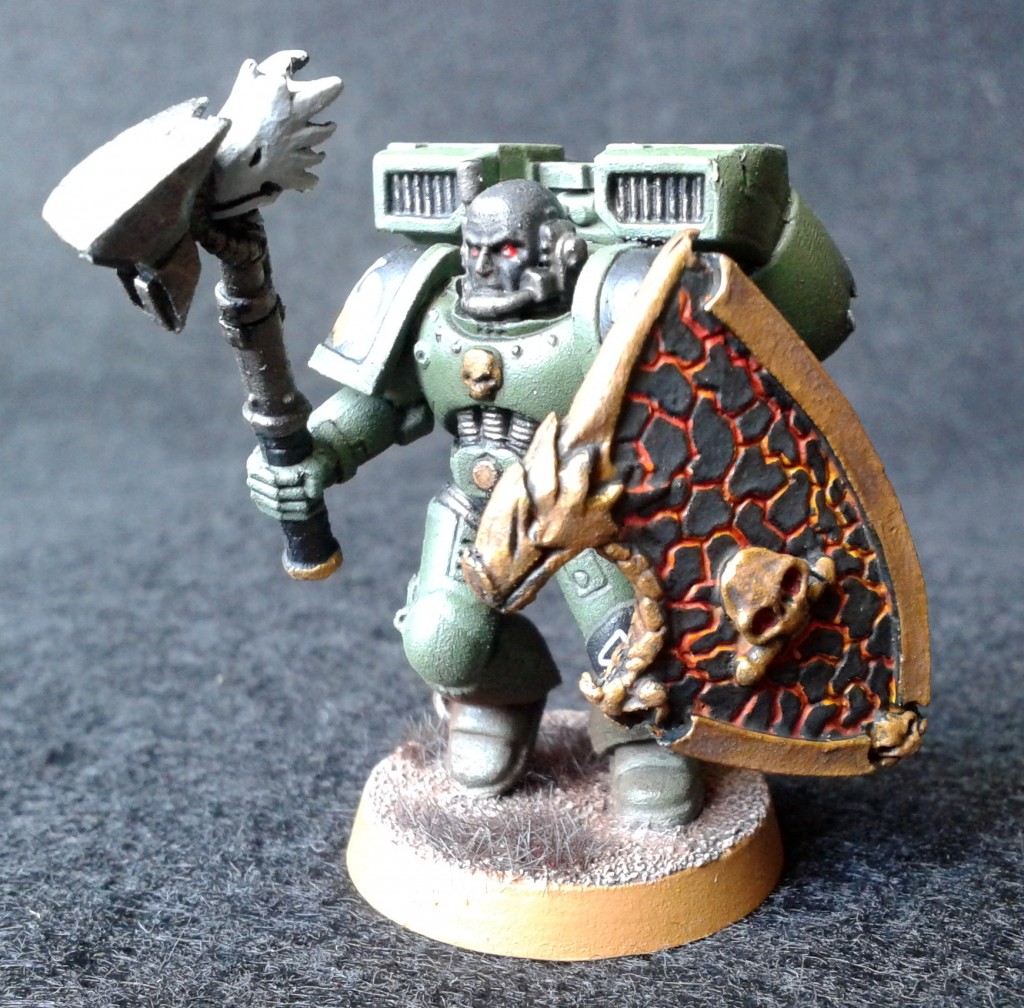 The lava effect on the shield (which I also used on my Terminator Assault squad) is pretty simple to achieve: you just wet blend red and yellow together over a white undercoat, and then paint black on the raised areas. Then give it a Sepia wash and you’re done.

Here’s one of the metal battle-brothers: 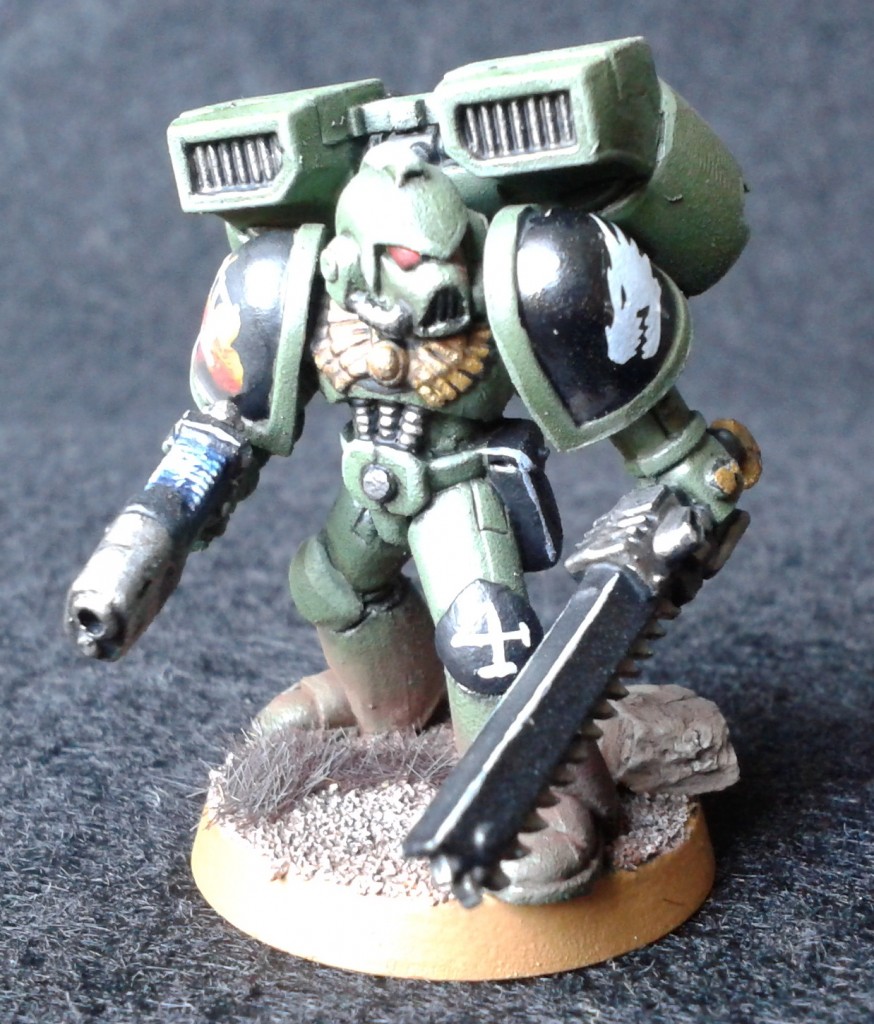