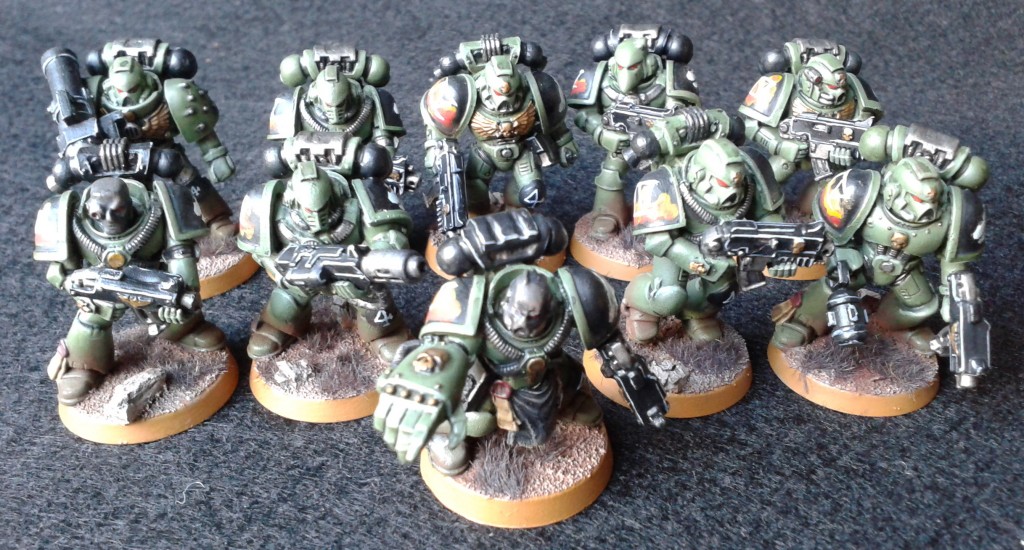 Here’s the first Tactical squad. As you will notice, the Marines that form this squad are equipped with a variety of different types of armour: I mixed in some old Rogue Trader-era plastic components as well as some Mark V bits from Forge World. 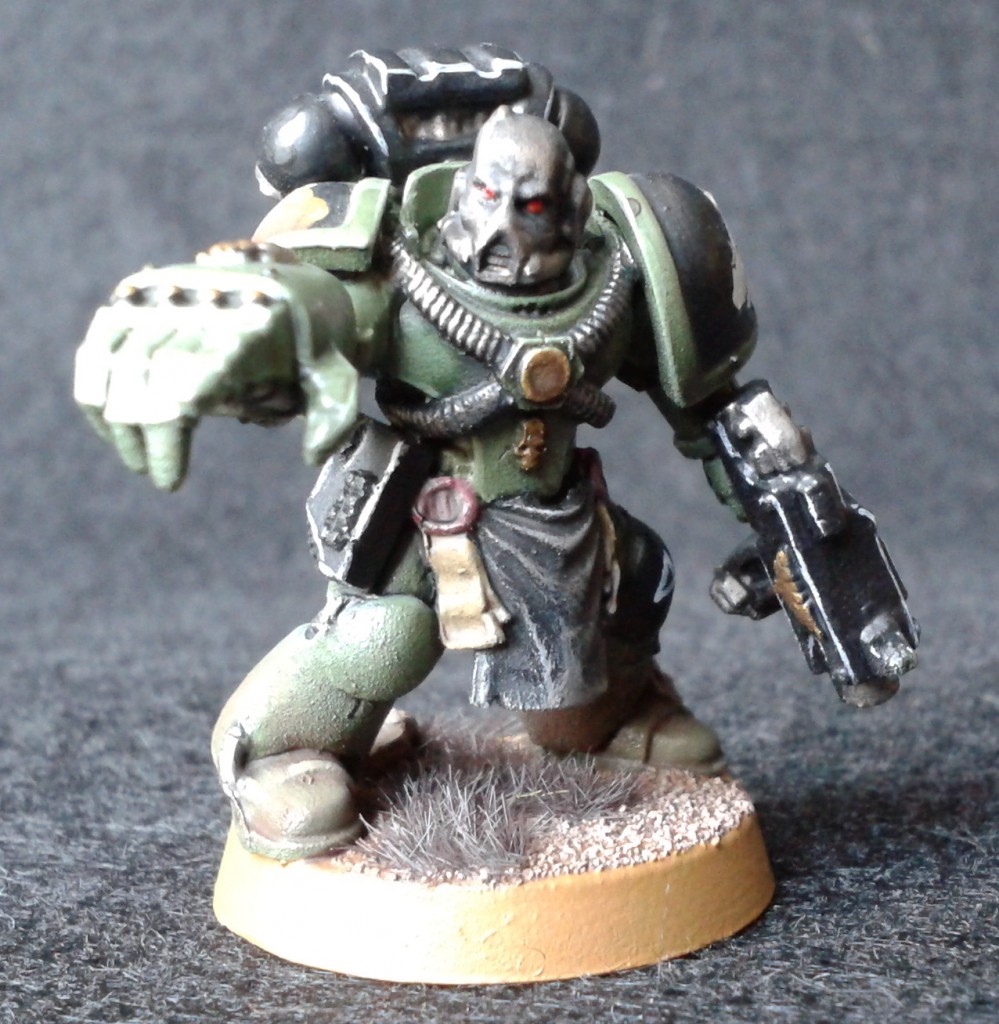 The Sergeant’s torso is from a Forge World Mark V suit, and his Relic Bolter is from the original Rogue Trader-era metal Mark VII accessory sprue (there are a couple more of these spread around this and the second Tactical squad). The Sergeant’s head is actually from the Land Raider kit. 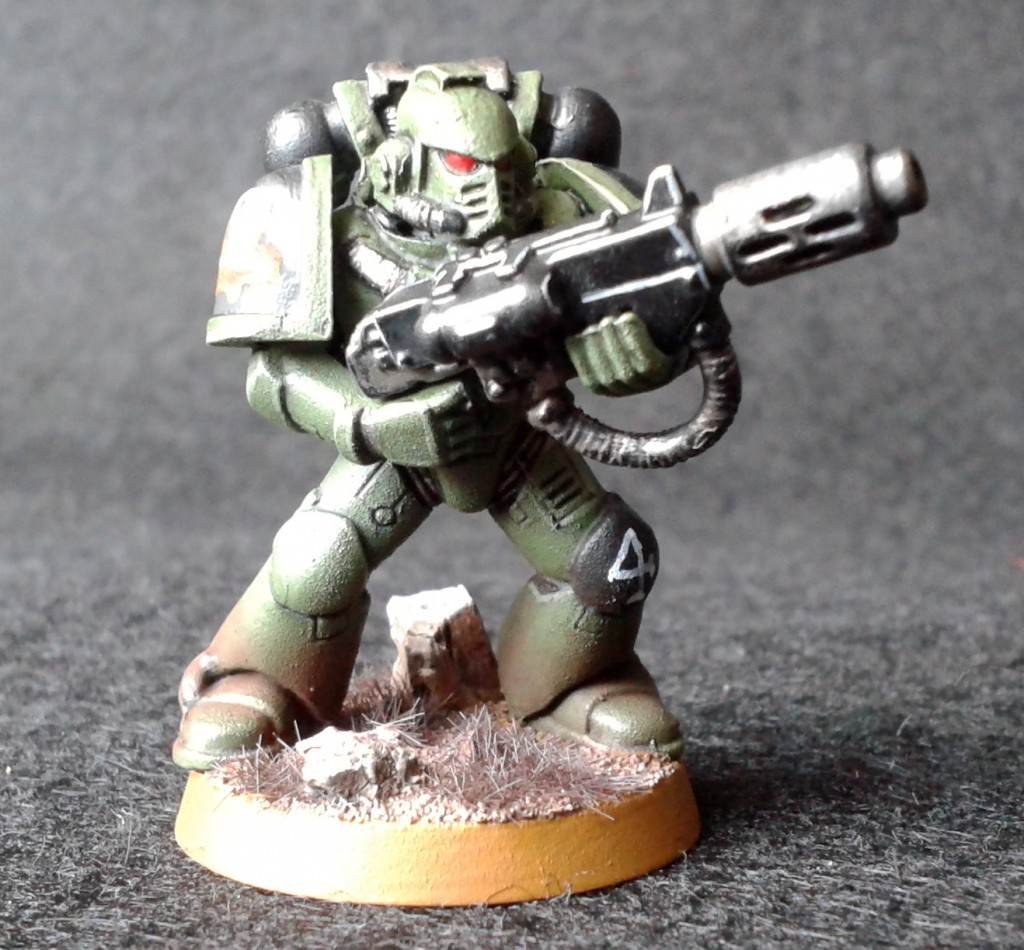 The Special Weapons Marine has a Mark V head on a Mark VII body. 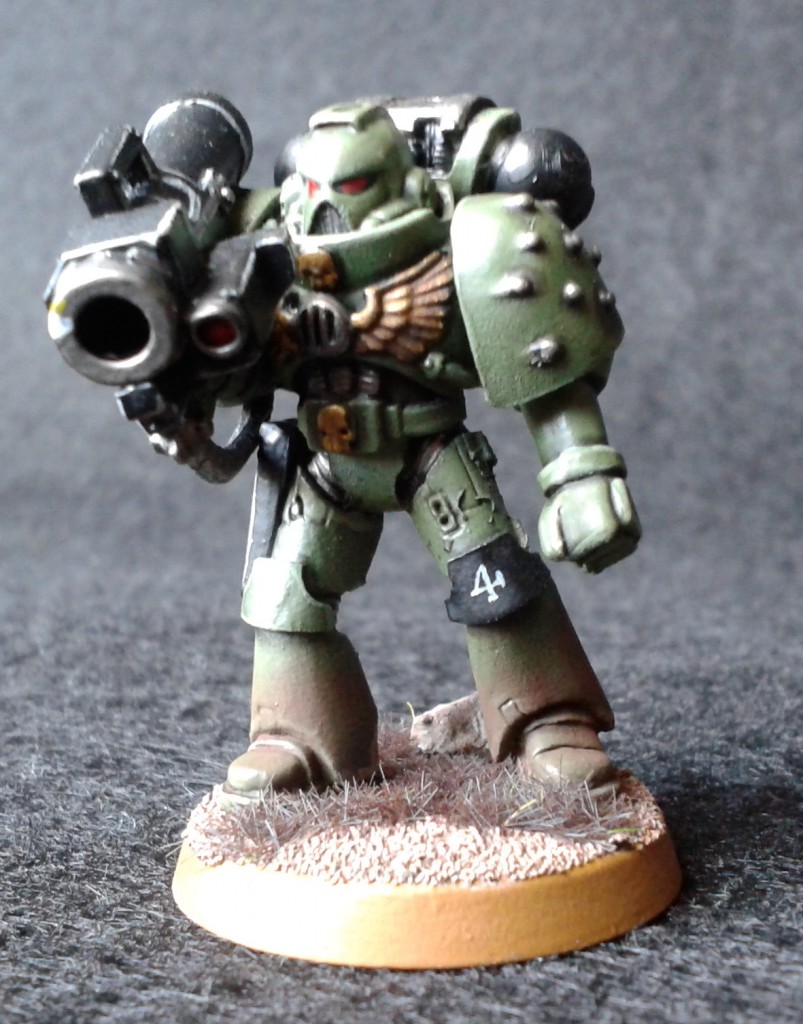 The Missile Launcher marine has a Mark VIII torso and Mark V legs. 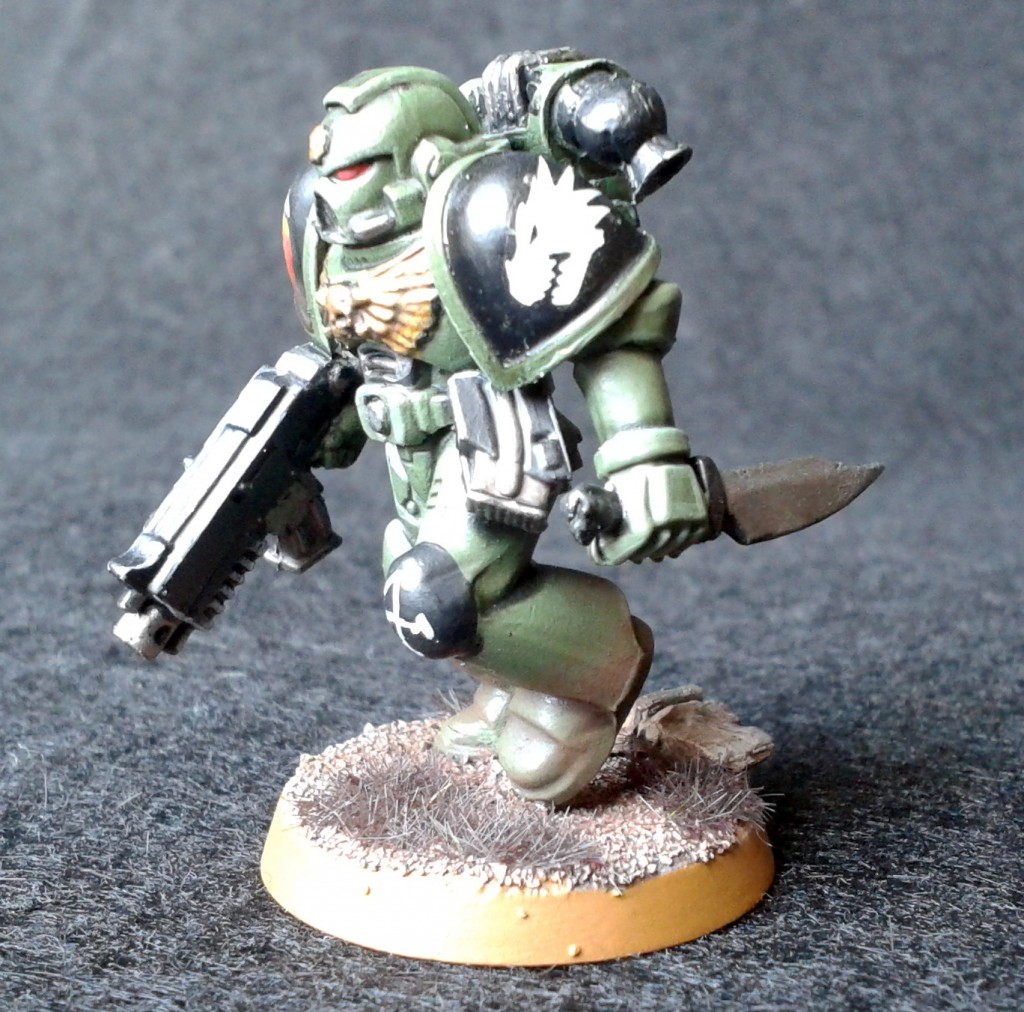 This Battle-Brother has legs taken from the Assault Squad box and a Forge World Mark V backpack. 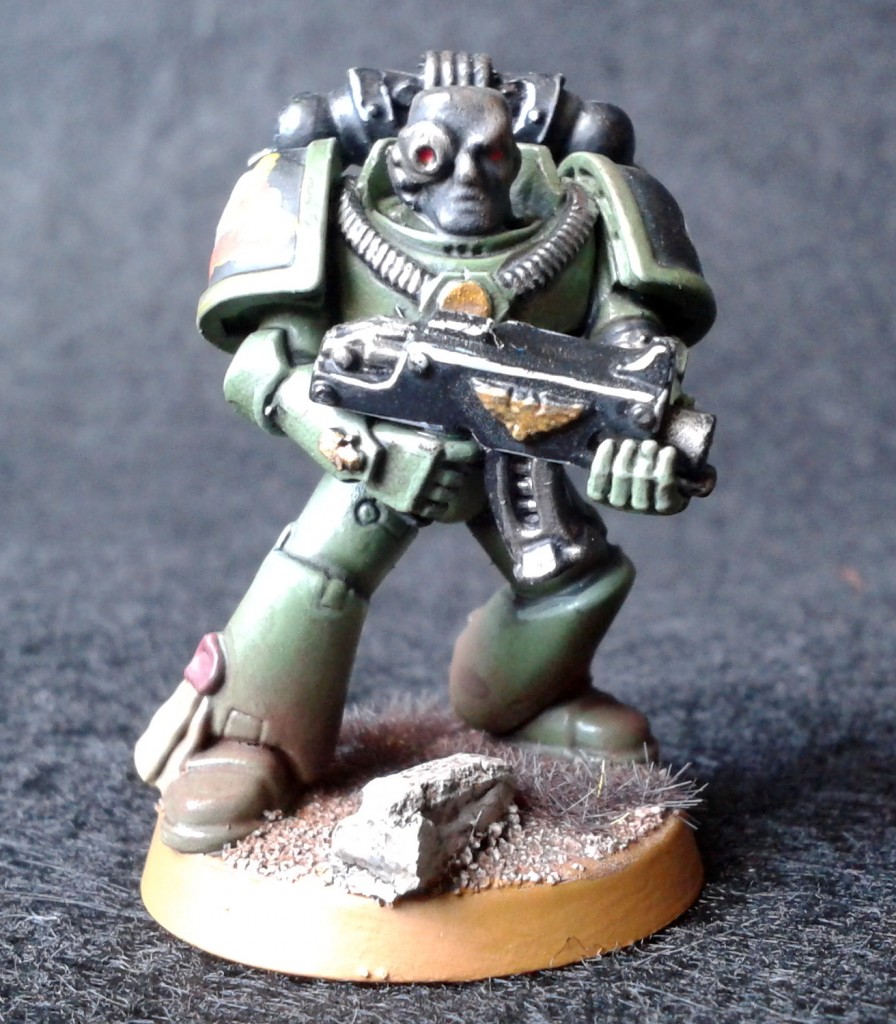 This chap is a bit special. He has a Mark V torso and backpack, Mark VII legs, and a Rogue Trader-era Relic Bolter. But his head is from the original plastic Mark VI. Proper old school!