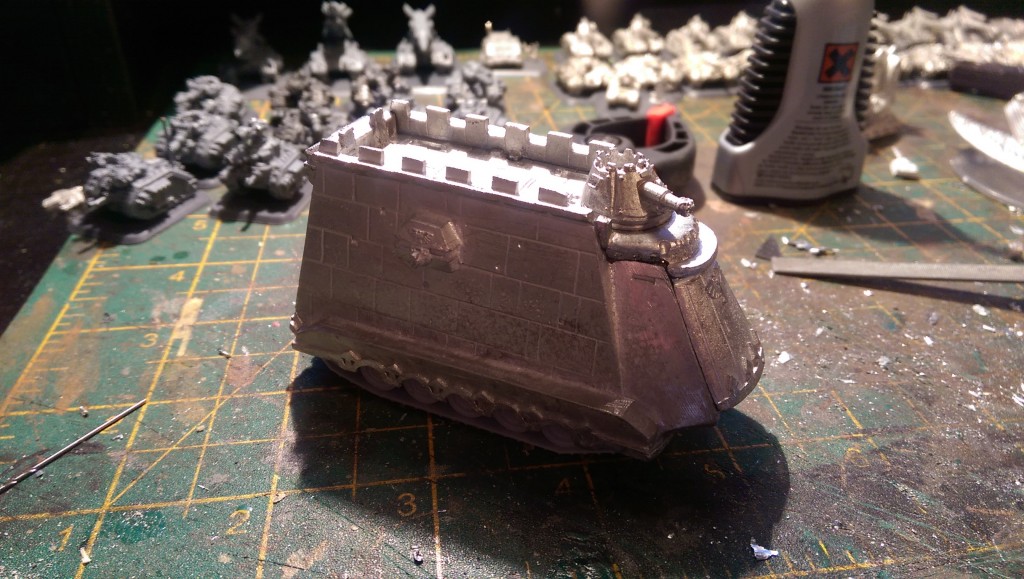 The Capitol Imperialis is a monstrosity: old (more than a quarter of a century), heavy (at least half a kilo) and made of actual, proper lead, as in Pb-82, as in, it’s actually poisonous.

Not only that, it dates from an era where assembly of such objects was left to Real Men Who Didn’t Mind Losing A Finger Because The Bloody Thing Is So Blobby That You Need To Take A Dremel To It To Remove All The Excess Metal.

I make no claim to being such a man, but I was able to assemble my own Capitol Imperialis, to my own satisfaction at least, thanks at least in part to Mike “The Welsh Wizzard” Hobbs. And so for posterity, and the benefit of those who come after, here is how I did it.

Like I said, the Capitol Imperialis needs more than a small amount of filing, cutting and trimming to get everything to fit. Quite apart from the flash mould lines, the recess into which the plastic undercarriage is supposed to fit is too small, due to the poor (by modern standards) quality of casting. So it took a fair amount of hacking at that part of the model to get the undercarriage to fit nicely. 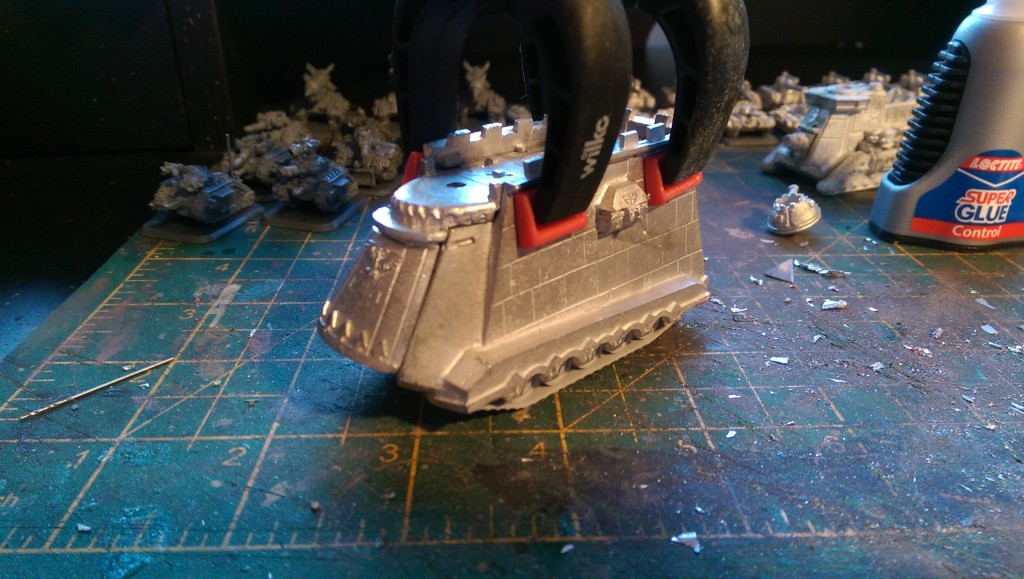 Once the parts were in a fit state to come together, I applied superglue to the side panels, where they meet the roof. I then brought the roof and the side panels together and positioned them on top of the undercarriage. Before the superglue had a chance to dry, I adjusted the three pieces so that they were symmetrical, using a couple of hand clamps to keep everything together.

I then glued the front shield and rear assault ramp to the model with superglue, again using the opportunity to make sure everything was properly aligned. 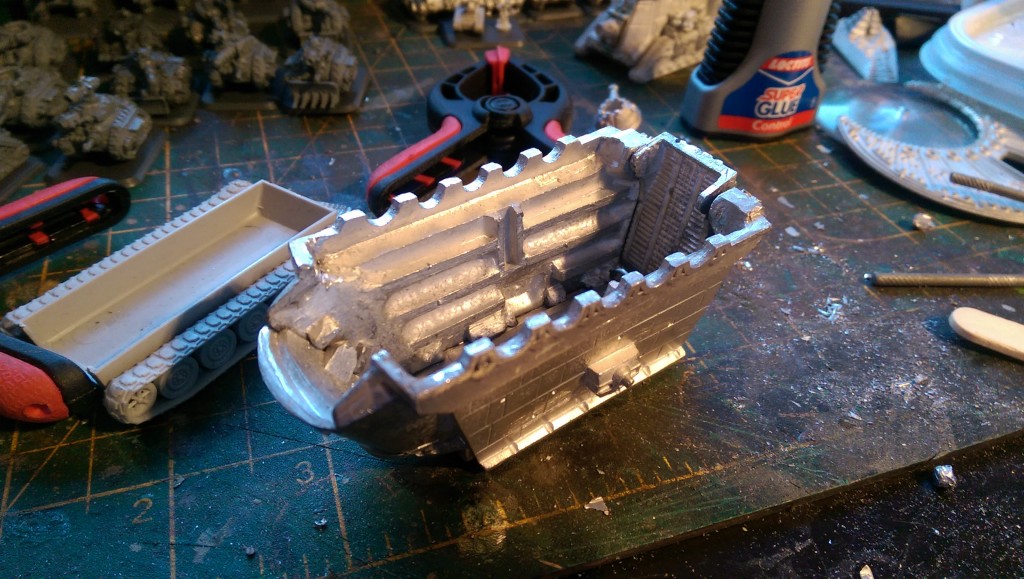 Once the superglue had dried, I removed the clamps and lifted the superstructure of the Capitol Imperialis off the undercarriage and turned it upside down. Then I smeared the interior with generous dollops of epoxy resin. I also added some supporting braces to add some strength to the interior. 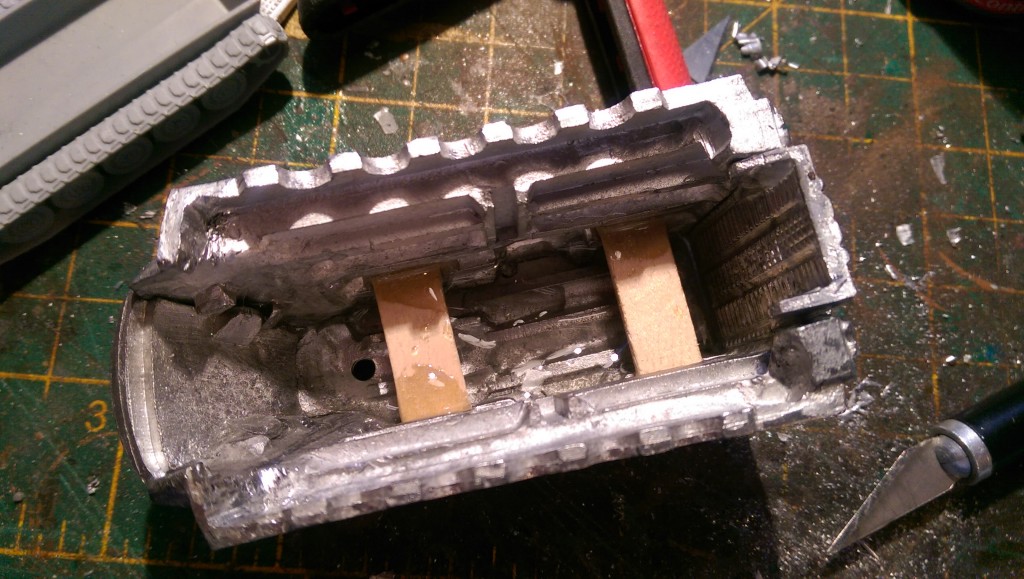 Once that had set, I superglued the superstructure to the undercarriage, and fitted the front assault ramp and Behemoth Cannon.

And that’s that! Now I just need to paint it and find a base to put it on… 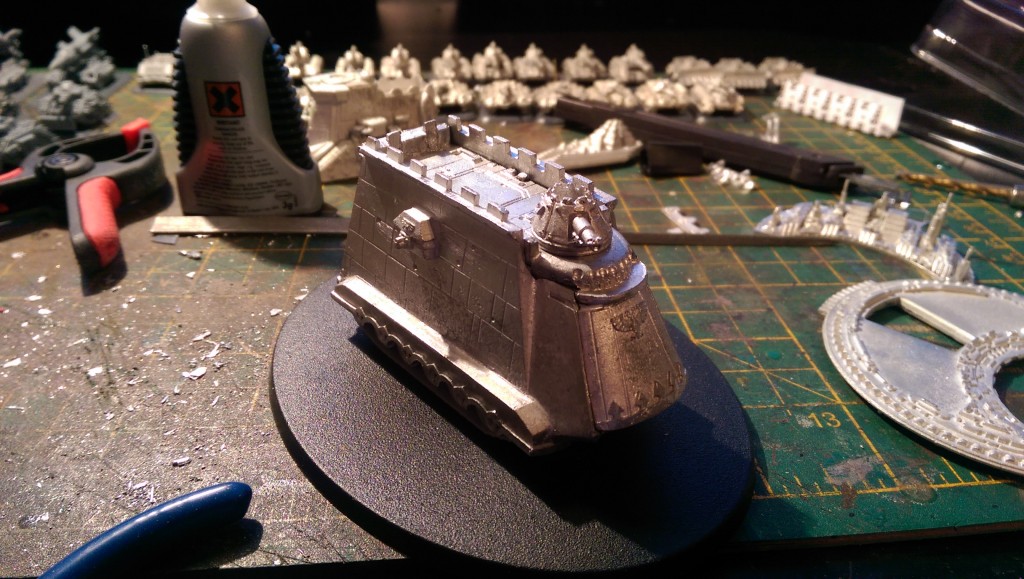 One thought on “How To Assemble a Capitol Imperialis”