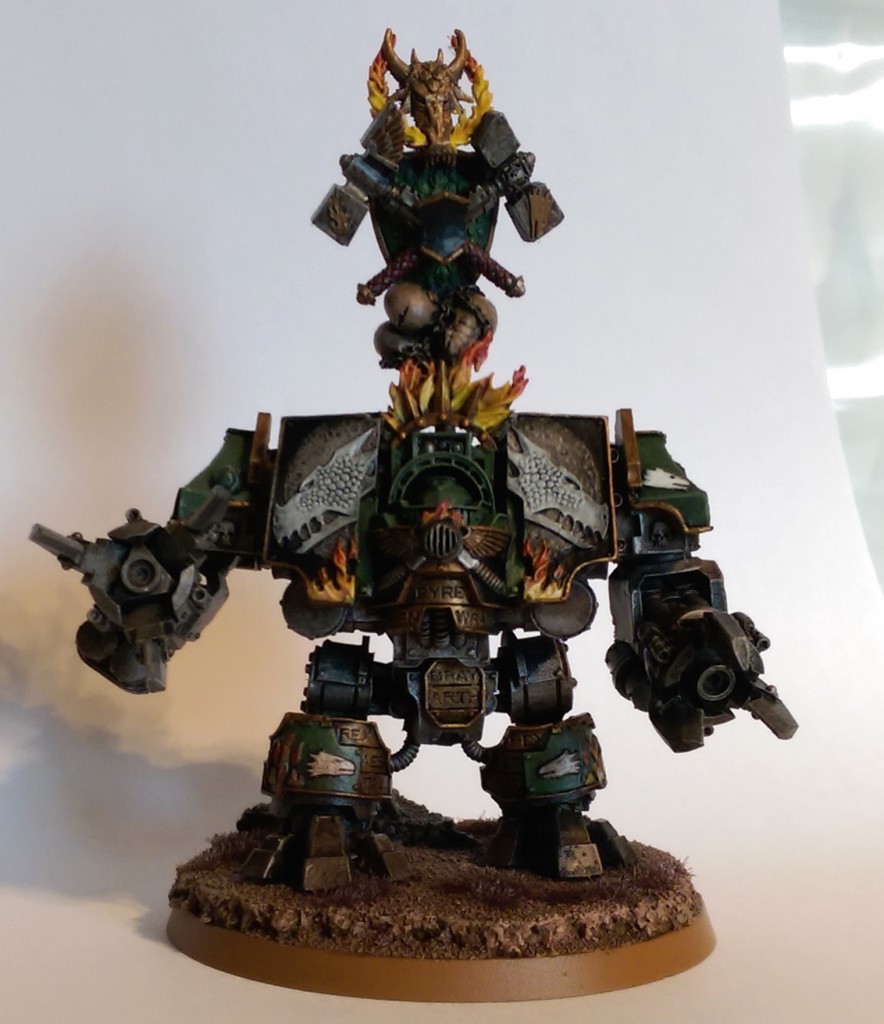 It’s kind of silly that it’s taken me more than four years to paint this model, but I’m so glad that I finally did! Soon after I bought it, I primed it using Army Painter Army Green, the same as all the other models, but I quickly realised that it was a mistake and that I should have primed it black instead; and it’s taken me this long to get round to stripping it and re-priming it using the airbrush.

Bray’arth is a great centerpiece model and counts as an HQ choice for Salamanders army. I’ve designed my Salamanders army around Vulkan He’stan in that I have a lot of meltas, but there’s no reason why I can’t take both models as long as the points limit allows.