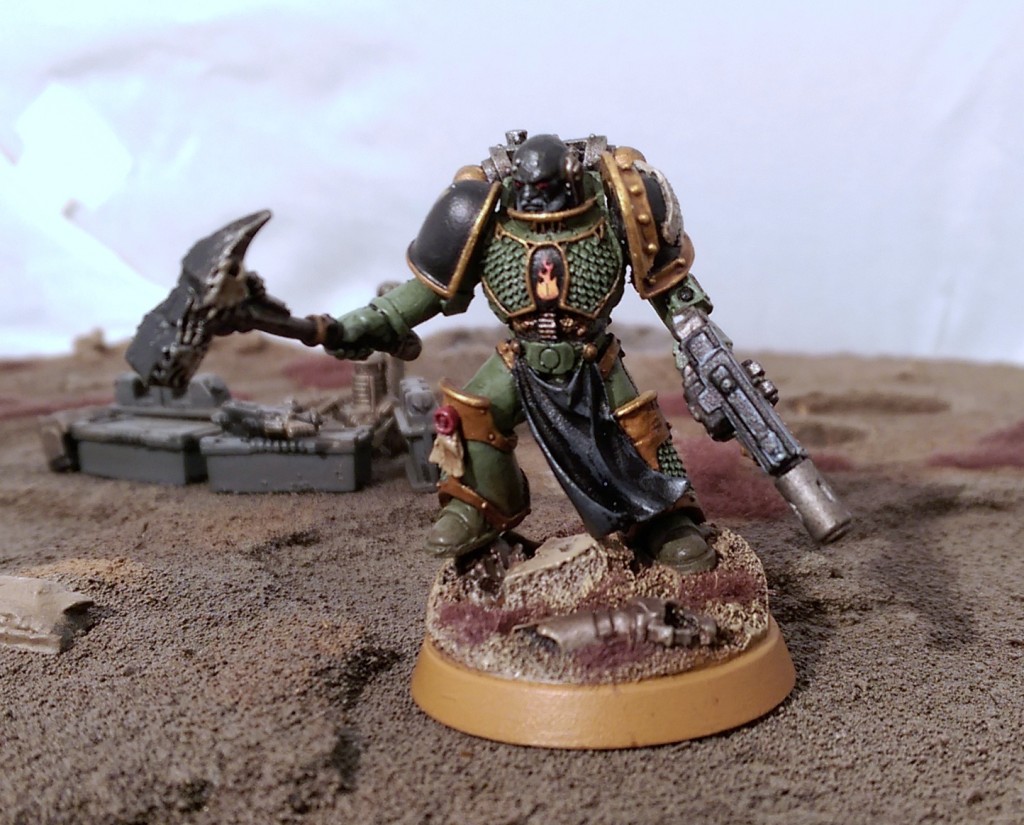 Kavan Bor’seth was Chapter Master of the Salamanders during the 36th Millenium. After a distinguished career as a Sergeant in the 3rd company, he was elevated to the ranks of the Firedrakes, ultimately rising to lead the First Company and assume the mantle of Regent of Nocturne. He was presumed killed after many years of service, when his strike cruiser Sentinel of Hesiod was lost in the Warp en route to the Diadin sector.

Bor’seth wore a legendary suit of Artificer armour dating back to the Great Crusade. The suit was the subject of many legends: some say that it was wrought by Vulkan himself for one of his favoured commanders, others say that it was claimed as a trophy from the decapitated corpse of a traitor legionary during the Scouring. Alas, due to the loss of the Sentinel, this relic of the chapter is now lost forever, taking its secrets with it. The suit’s backpack includes an integrated auspex and teleport homer – technology once common during the Great Crusade but since lost to the Imperium.

Bor’seth’s preferred armament was a finely-wrought Thunder Hammer (with a similar pedigree to the armour he was clad in) and a regulation combi-melta, a weapon he grew fond of during his time in the Sternguard squads of the Firedrakes.

As soon as I saw it, I realised the conversion possibilities of Armillus Dynat (from the the Horus Heresy Character Series) and decided that I wanted to give it a go. The scale-pattern of the Heresy-era Alpha Legion works just as well as drake-scale in my opinion. And given how distinctive (and expensive) the model was, he couldn’t just be a veteran sergeant or company captain, so I decided to write a biography for him and place him far enough back in history as to avoid any conflicts with canon.