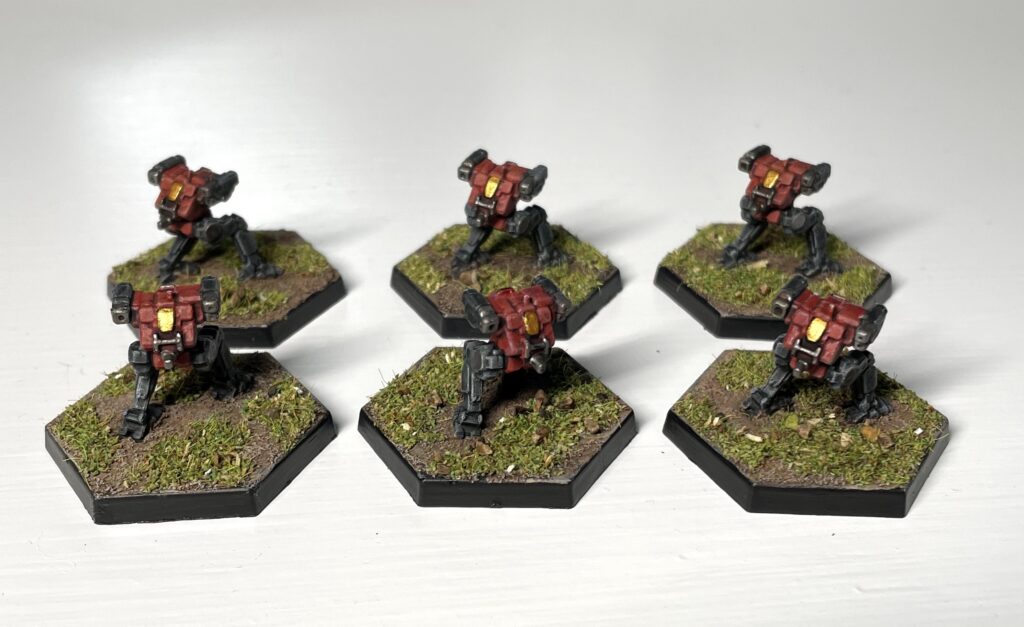 So far most of the ‘mechs I’ve printed have been on the heavy side, so I was conscious that if I wanted a viable battleforce I’d need to augment them with some lighter ‘mechs.

Then, in a fit of insanity, I decided it would be fun to print half a dozen Fleas (15-ton scout ‘mechs)! I quite like the idea of a swarm of these critters crowding around heavier ‘mechs and being a general nuisance, even if they can’t deal a killer blow.

I wanted to emphasise their diminutive size, so I scaled them down a bit so they’re about the same size as an Epic-scale Sentinel. That’s another nice thing about 3D printing miniatures: you can very easily shrink or enlarge the model if you don’t like its size.

I’m taking a few of these chaps in a game tomorrow and I’m keen to see if my idea works out!