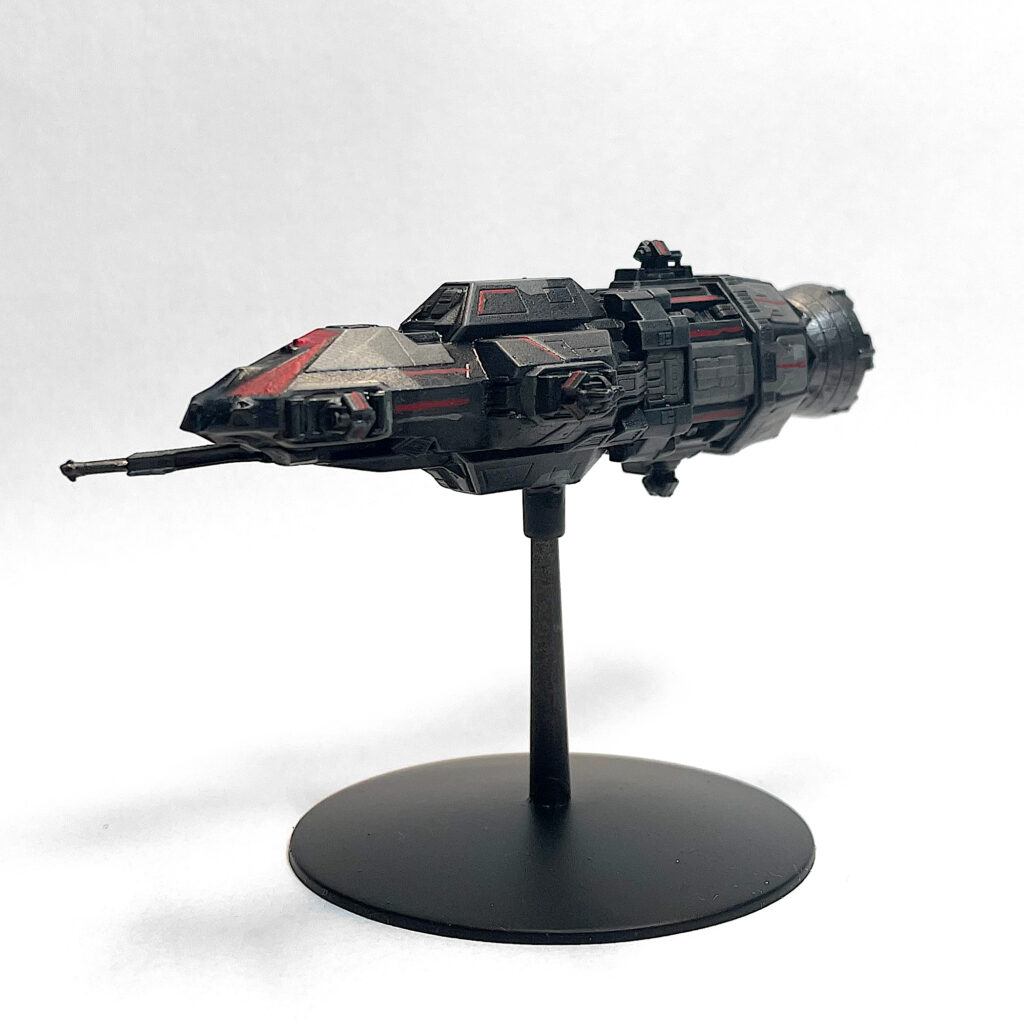 After taking a break for a few years (after it was initially cancelled), I recently binge-watched the last four Amazon-commissioned seasons of the incredible hard SF series The Expanse.

There are many ships of various kinds in The Expanse, but the most notable is Rocinante, the home and workplace of the main characters of the show. She’s a salvaged MCRN corvette, armed with point-defense cannons (PDCs), missiles, and in the later series, a rail gun.

I found a good quality 3D model of the Roci and was compelled to paint it for display on the shelf above my desk.