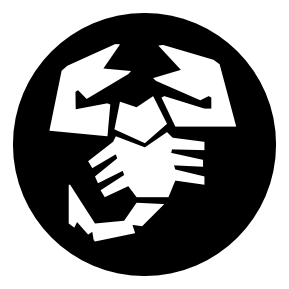 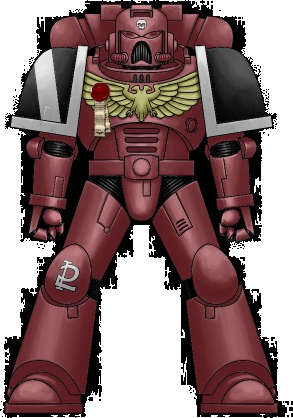 By the end of the 35th Millennium, the Imperium’s colonies and defences on the southern fringe of the Ultima Segmentum were at breaking point. Following centuries of low level – but continuous – assault from Ork warbands venturing from the Eastern Fringe, and several major rebellions by Imperial planetary governors, the region’s military assets were heavily depleted.

As a result, the High Lords of Terra resolved to dedicate considerable resources to rebuilding the Imperium’s military presence in the sector. They chose to focus their efforts on the Vastus Sector, which, due to its position near to several important Forge worlds, and to a number of Ork stronghold planets, was the lynch pin of the region’s defences.

As well as establishing a large fleet at the Naval yards of Tilvius IV, and raising several new regiments of the Imperial Guard (including the Procyon Crusaders), the High Lords also decided to found a new chapter of the Adeptus Astartes. This chapter was the Blood Scorpions.

The Blood Scorpion’s gene-seed was a blending of that of the Blood Angels and the Red Scorpions (these providing the name of the newly formed chapter). It was hoped that by merging the two gene-seeds, it would be possible to create a strain that would not suffer the debilitating mutations suffered by many Blood Angels successor chapters. This attempt was largely successful, although occurrences of these unfortunate mutations have occurred from time to time.

The Blood Scorpions chapter was created in 976.M34, on the planet of Tivon VI in the Vastus Sector. This planet has a varied landscape, ranging from icy tundra in the northern and southern polar regions, to bone-dry deserts in equatorial areas. Apart from the Blood Scorpion’s massive Fortress-Monastery known as the Cruentine Citadel, the planet is otherwise uninhabited. The Blood Scorpions can therefore make use of its diverse climates and environments to train their initiates, and remain in devout seclusion while not off-world.

Despite having gene-seed derived from the Blood Angels, The Blood Scorpions appear to show no particular reverence for the primarch Sanguinius. They also inherited little in the way of philosophy or battle doctrine from either of their predecessor chapters.

The Blood Scorpions closely follow the Codex Astartes in most respects. One significant deviation is their notable preference for heavy weaponry: unlike normal Space Marine chapters, the Blood Scorpions maintain three full Devastator companies, rather than just one. This may be the result of their long history of campaigns against the greenskin; the ability to maintain a punishing rate of fire being necessary to take down these implacable brutes.

The Blood Scorpions participated in several significant campaigns, mostly within Ultima Segmentum and the Eastern Fringe. The first such campaign (in 426.M39) was a crusade to liberate the Altovast sector following an Ork incursion; the Blood Scorpions fought alongside the 55th Procyon Crusaders and titans from the Legio Pantera, based on the forge world of Lustrum Furvus.

In 854.M39, three companies of the Blood Scorpions launched a crusade into the Eastern Fringe. From their battle barge Parabas’s Fury they surveyed over three hundred systems during the course of two decades, re-establishing contact with a number of human worlds and uncovering secret enclaves of aliens, mutants and heretics on many more.