I’ve spent much of the past week working on the first few units of my previously-mentioned Salamanders Firedrakes army. 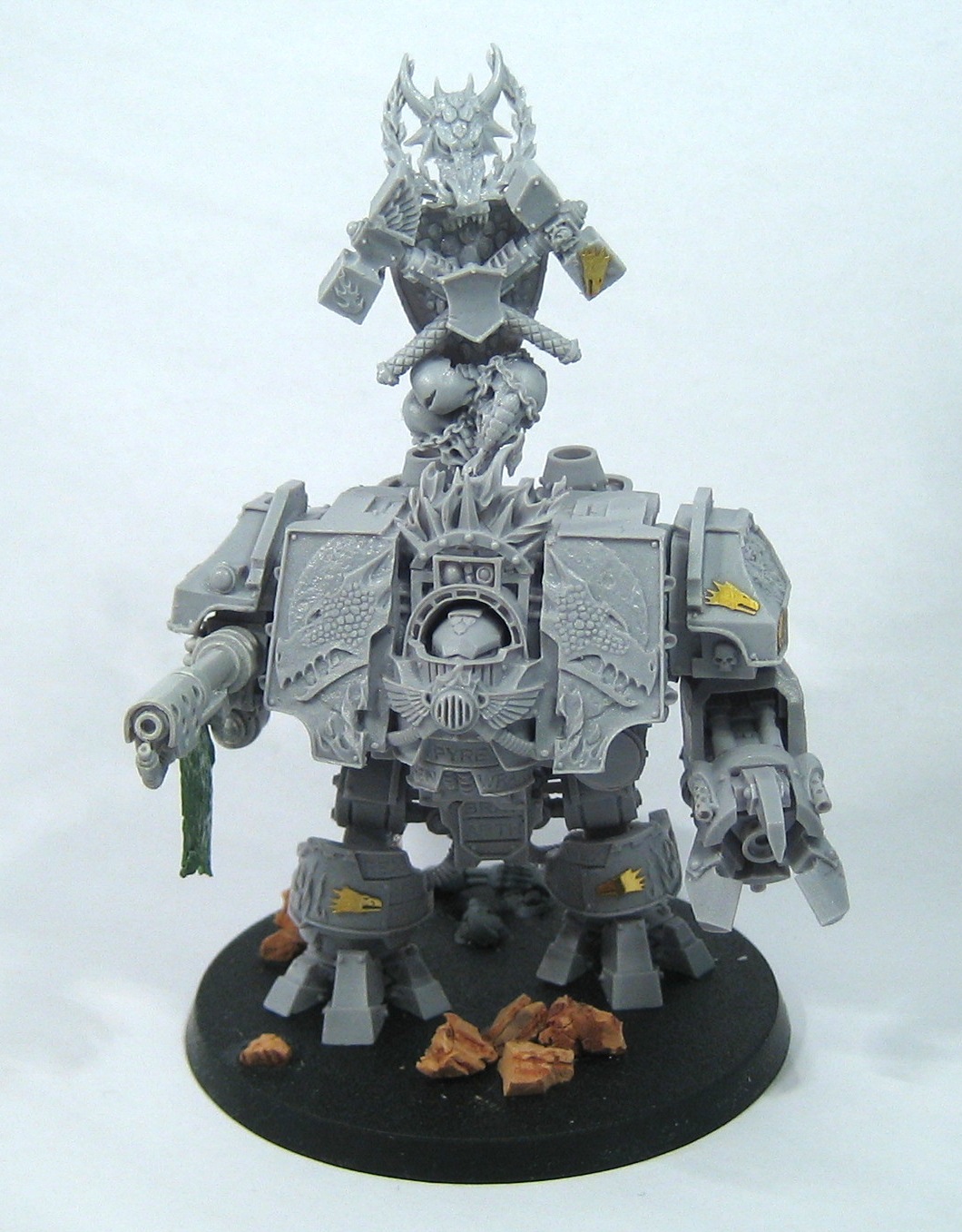 This is Bray’arth Ashmantle, a venerable Ironclad Dreadnought from Forge World. This model normally comes with a pair of Dreadfire arms, but I’ve gone with an Inferno Cannon for the left arm.

I’ve made quite a few customisations using the Salamanders Etched Brass (also from Forge World), here’s a side view of Bray’arth: 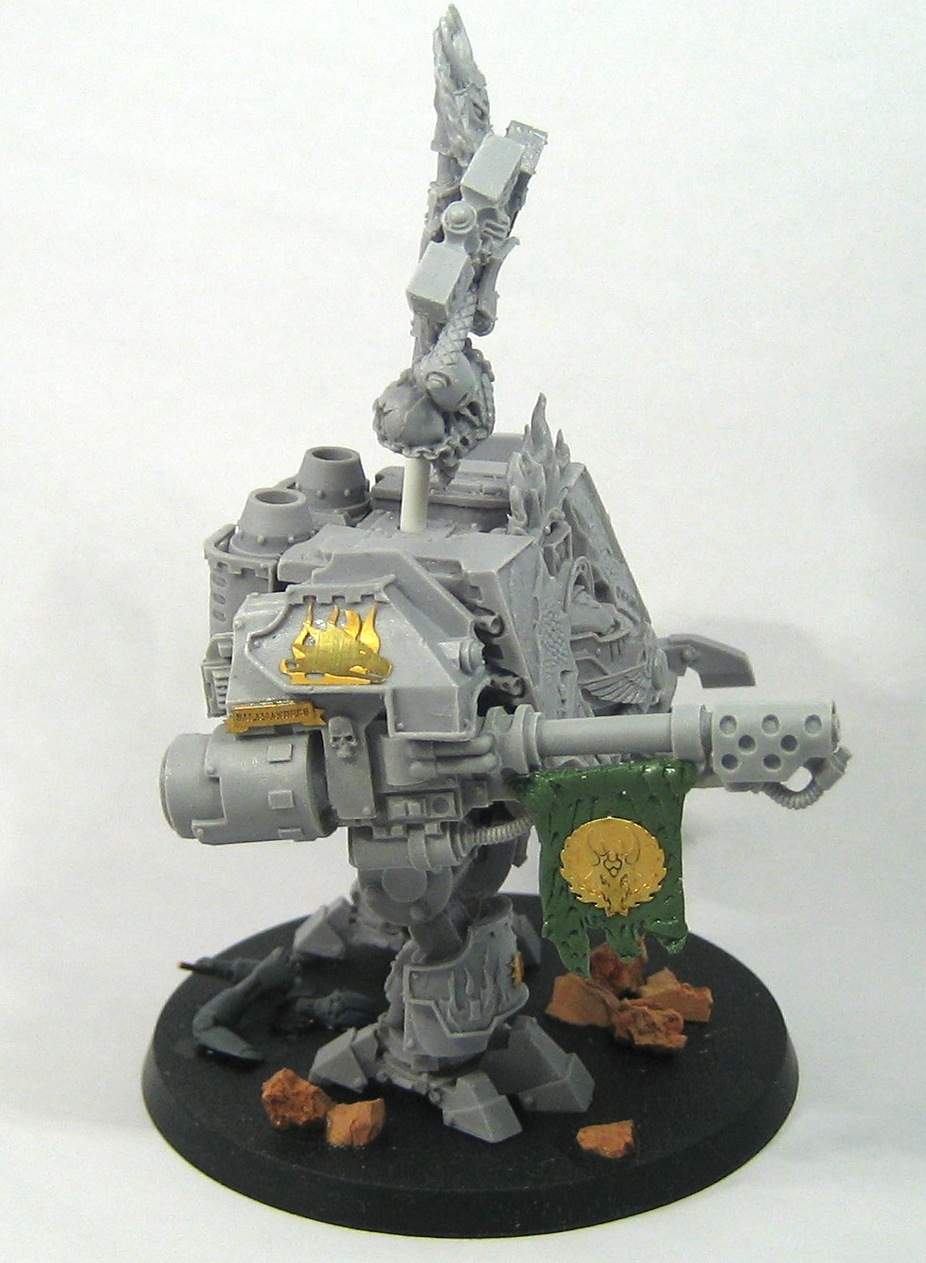 As you can see, I’ve added a drake-scale banner made from Green Stuff to the Inferno Cannon’s barrel. I’m going to write a tutorial on how to make these in a future post.

Here’s the first squad of Terminators:

These models have also been pimped with Etched Brass and Forge World shoulder pads. Each model also has a piece of drake-scale attached to his armour. Here’s a close-up on the Sergeant: 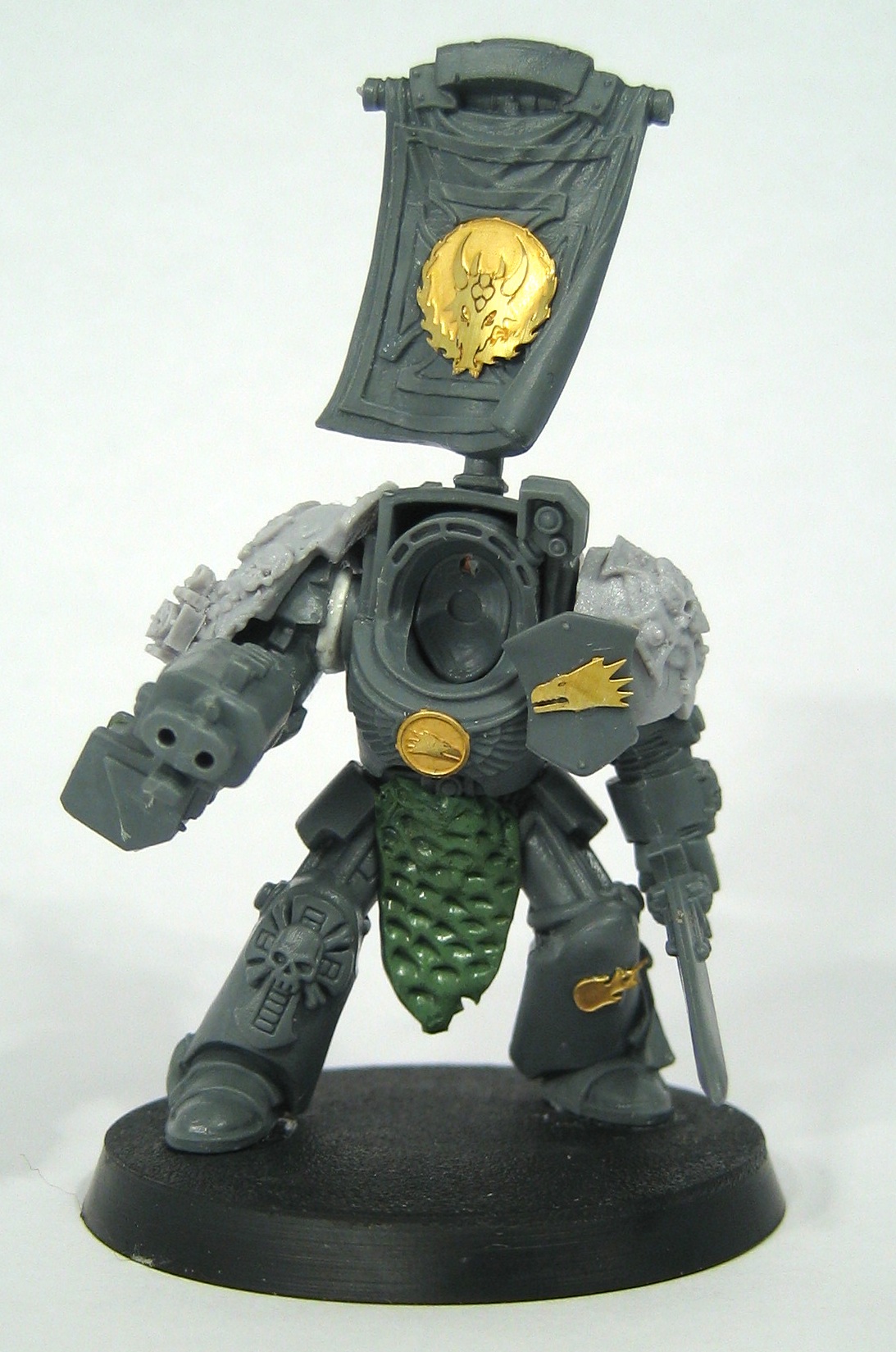 His head’s missing as I’m going to paint it separately. As you may know, Salamanders are dark skinned, which requires painting techniques that I haven’t much experience of, so it’ll be fun to see how he turns out.

One of the Terminators in the squad has a very dynamic pose where he’s leaning forward. Unfortunately he’s leaning so far forward that his backside is exposed, a sort of Terminator builder’s bum so I’ve used more Green Stuff drake-scale to cover his modesty: 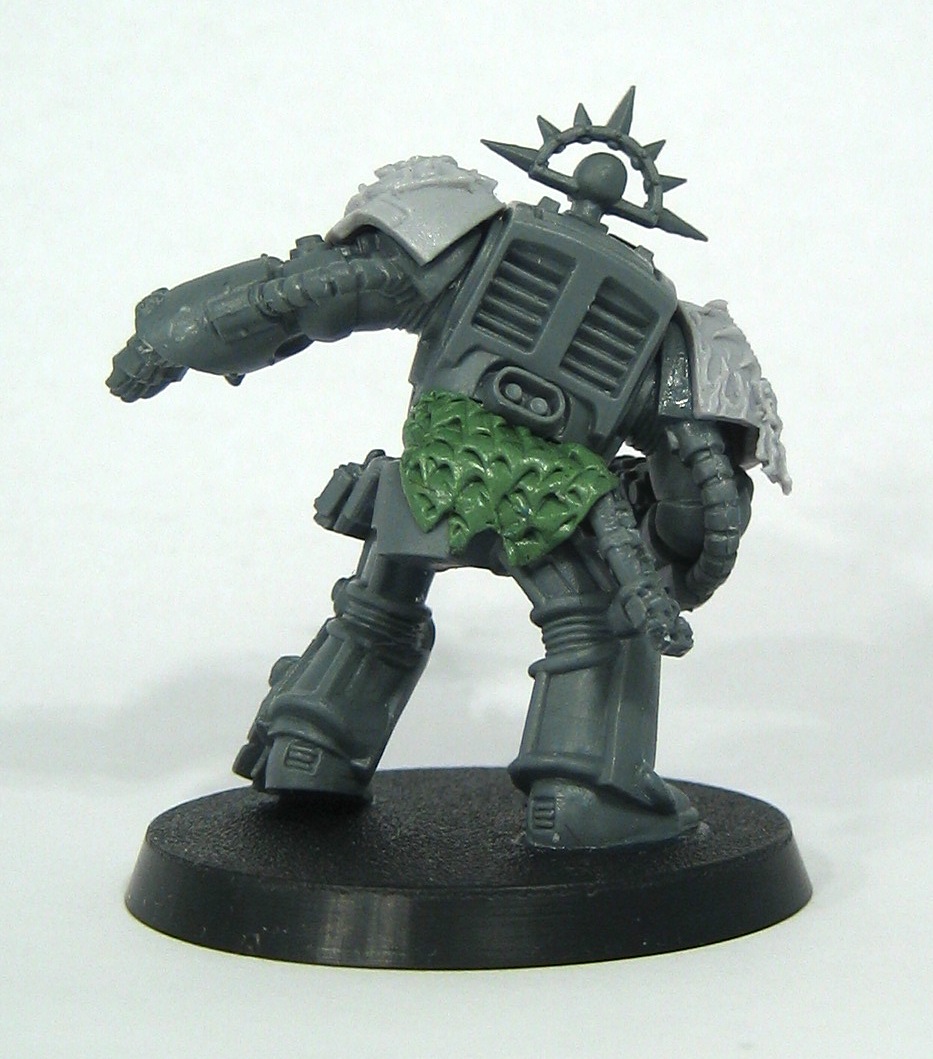