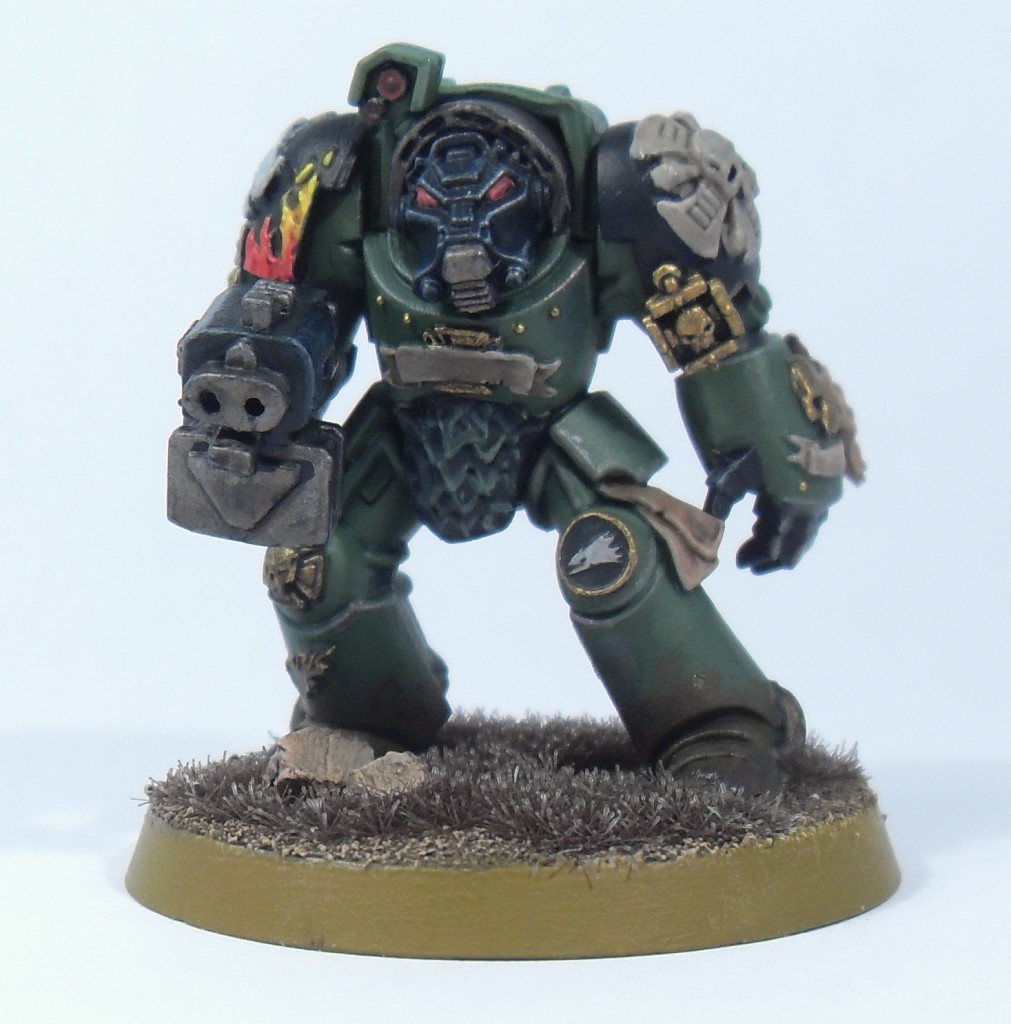 Here’s the first of the Firedrakes Salamanders terminators. I’m pretty pleased with it overall, although there are a couple of issues: firstly, I decided to use the Army Painter spray as the base colour based on their “100% match” with their Warpaint paints: unfortunately this is not the case, which means that cleaning up mistakes is much trickier as I have to mix the right colour to match the base coat.

The second issue is entirely my fault: I left the model under a hot lamp too long which caused the model to warp. Fortunately I caught it before it got too bad, but I’m annoyed that the first model I painted for this army has such a visible and unfixable flaw which you can see in the photo below. 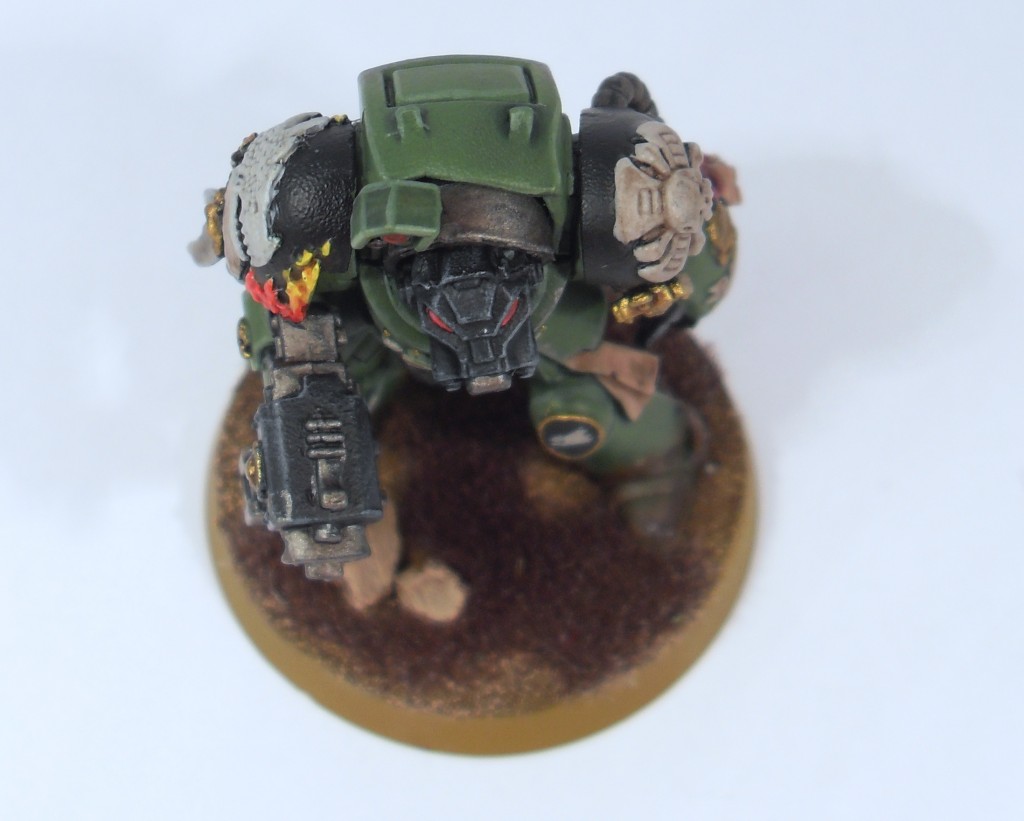 I used a couple of techniques that I haven’t really used much before at this scale: I used line highlighting which is pretty standard for painting Space Marines (but I’ve never tried before) and I also used some of Forge World’s weathering powders to weather the boots and greaves. I used two different powders (Light Earth and Dark Earth) layered one on top of the other to match the colour scheme of the base. 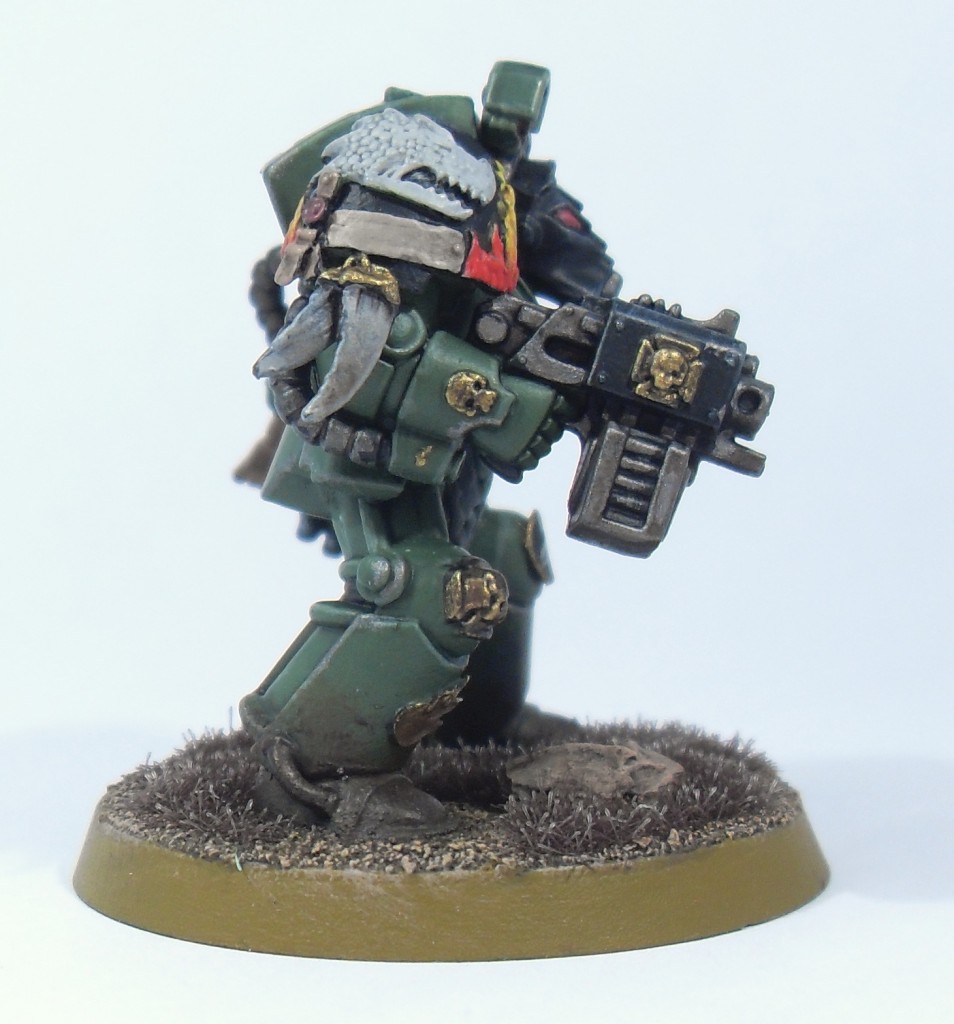 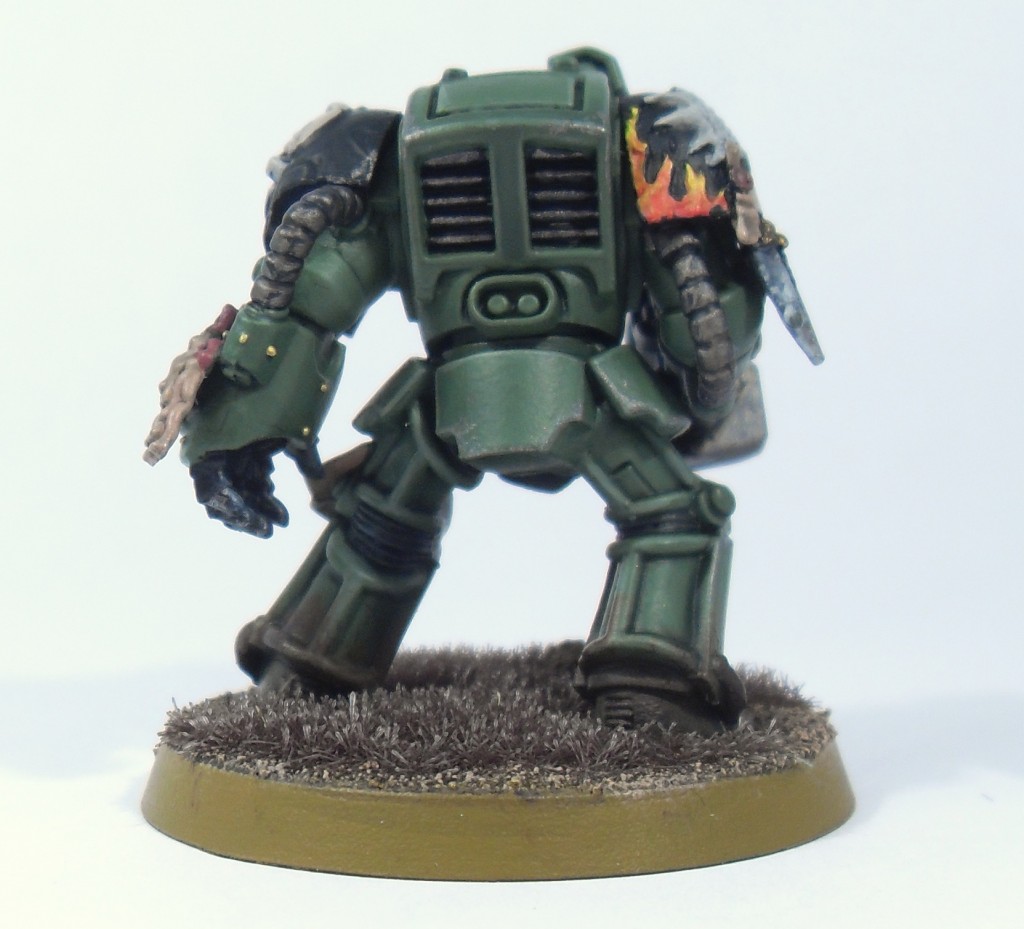 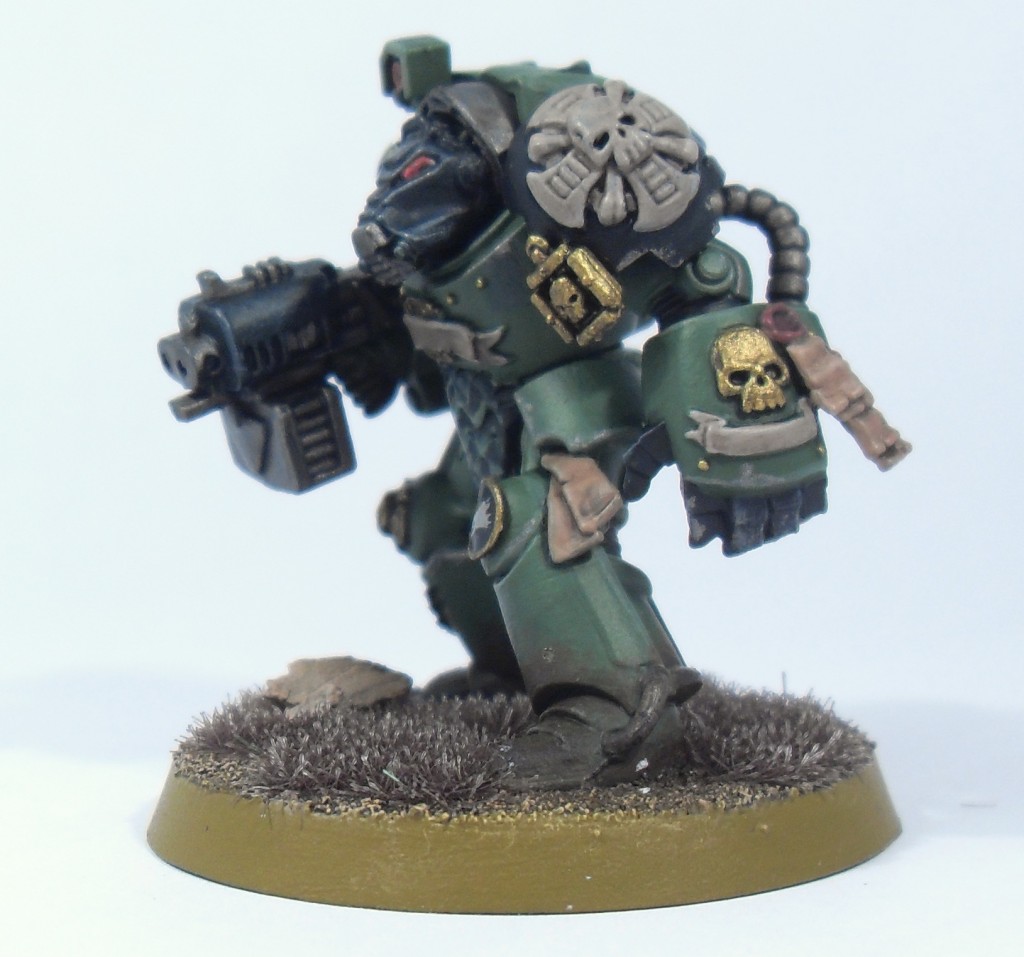