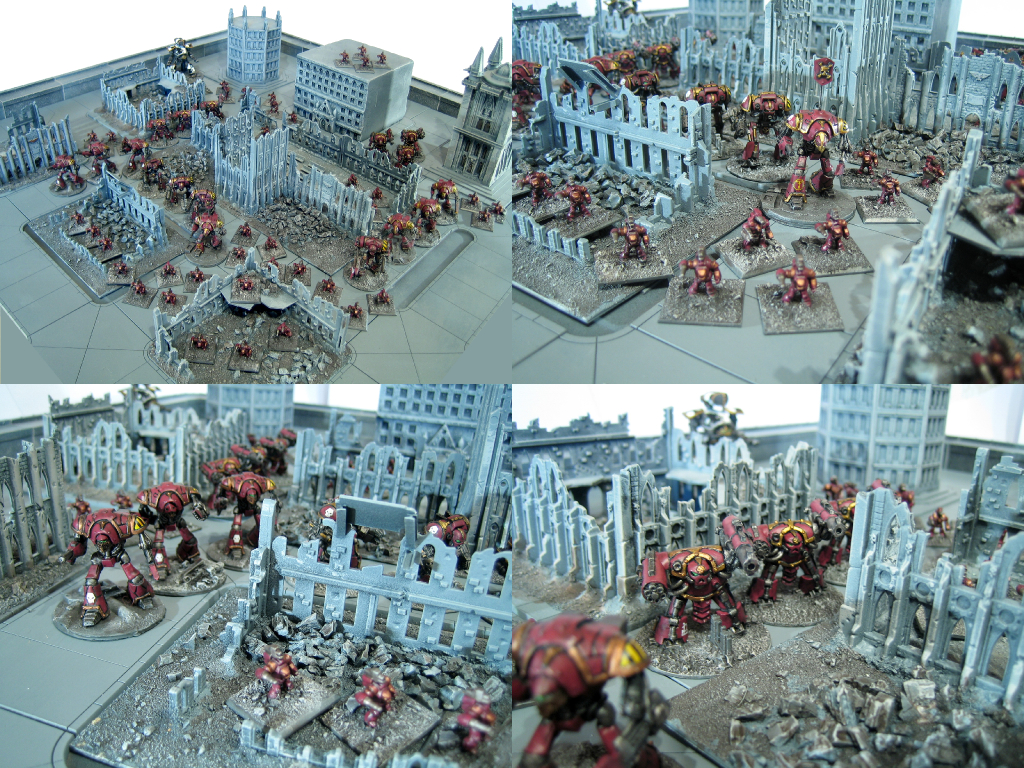 It occurred to me that I with a bit of work, I could probably get my knights into a state where I could submit them to this year’s EpiComp.

For those of you who don’t already know, EpiComp is the premiere (ok, probably only) annual Epic-scale painting competition. It regularly brings in some amazing work by the best painters and modellers working in the 6mm scale.

You can see my submission above. I took a load of photos, which, due to the limitations of the competition rules, I can’t submit, so I’m posting them here.

This represents about one third of the models that are going to form the Knight army. I still have another squadron of French chevaliers, two squadrons of Castellans, and a load of Paladins still to paint, not to mention a Leman Russ Company, a Stormblade Company, two Ordinatii majoris, and some Skitarii. You’ll be seeing more of them in 2013. In the meantime, these photos include everything I’ve painted (Epic-wise) in 2012. Enjoy!