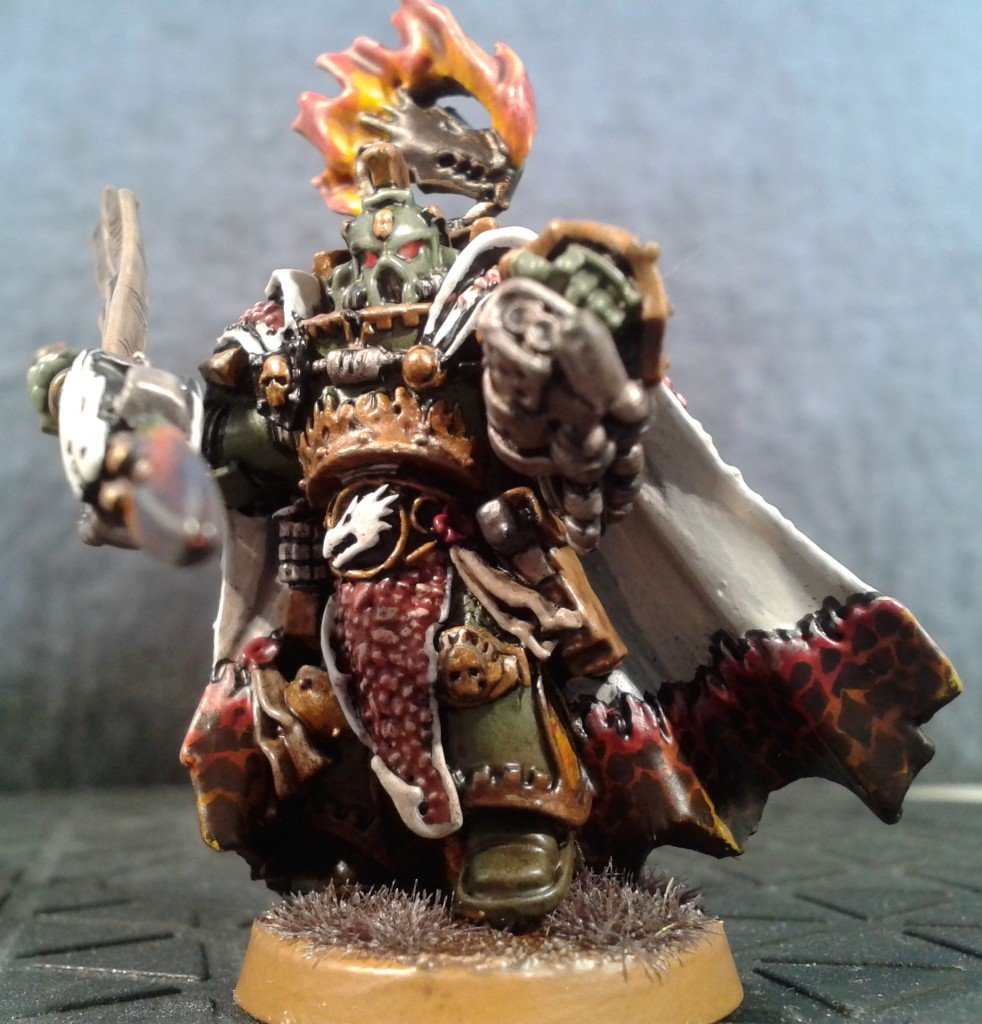 This model is a real bugger to paint and he’s not turned out anywhere near as good as I’d have liked. It’s the first model that I actually wish I had in Finecast instead of metal. The quality of the cast is actually fairly poor, and all the spiky bits and sharp edges are a recipe for having the paint chip off, and to try to prevent that, I’ve had to overload on varnish. Plus, I made the mistake of assembling him before painting, meaning that it was much harder to get into all the nooks and crannies.

Anyway, he’s done now, and while he’s not as good as I’ve liked him to be, at least he’s tabletop standard.