This week an item arrived in the post that is going to be a sort of summer project for me: 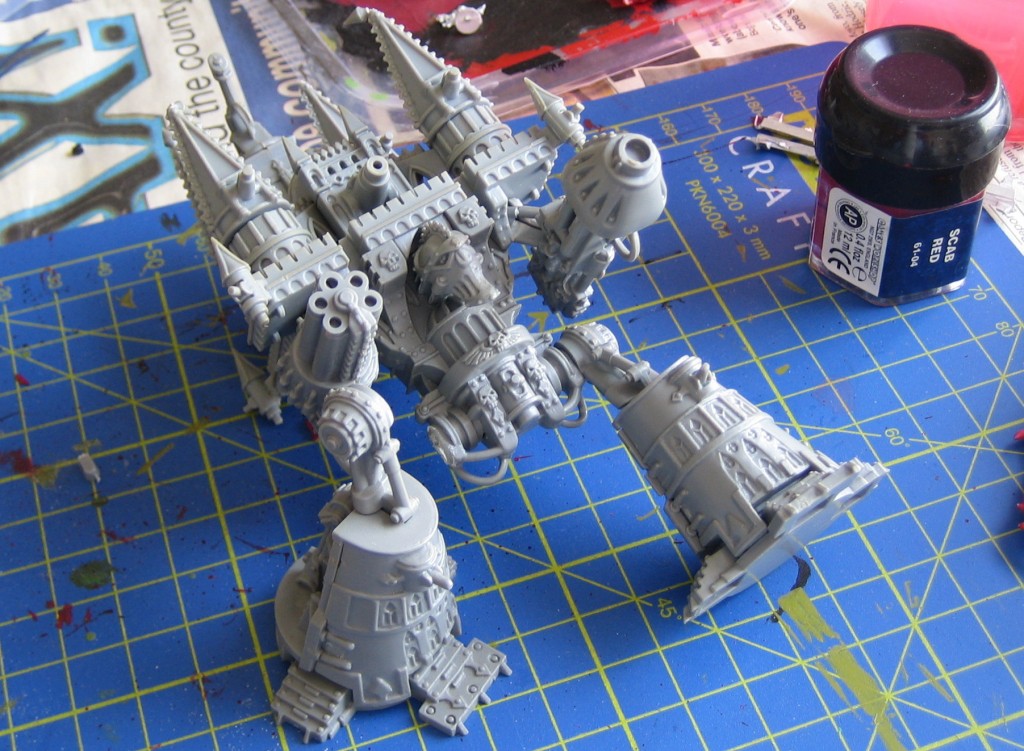 When I told my friends that I had acquired this choice item, they all had the same reaction:

because, you see, I already have a fully operational Imperator class battle titan. Behold the “Fearsome Engine”, Machinator Formidabilis: 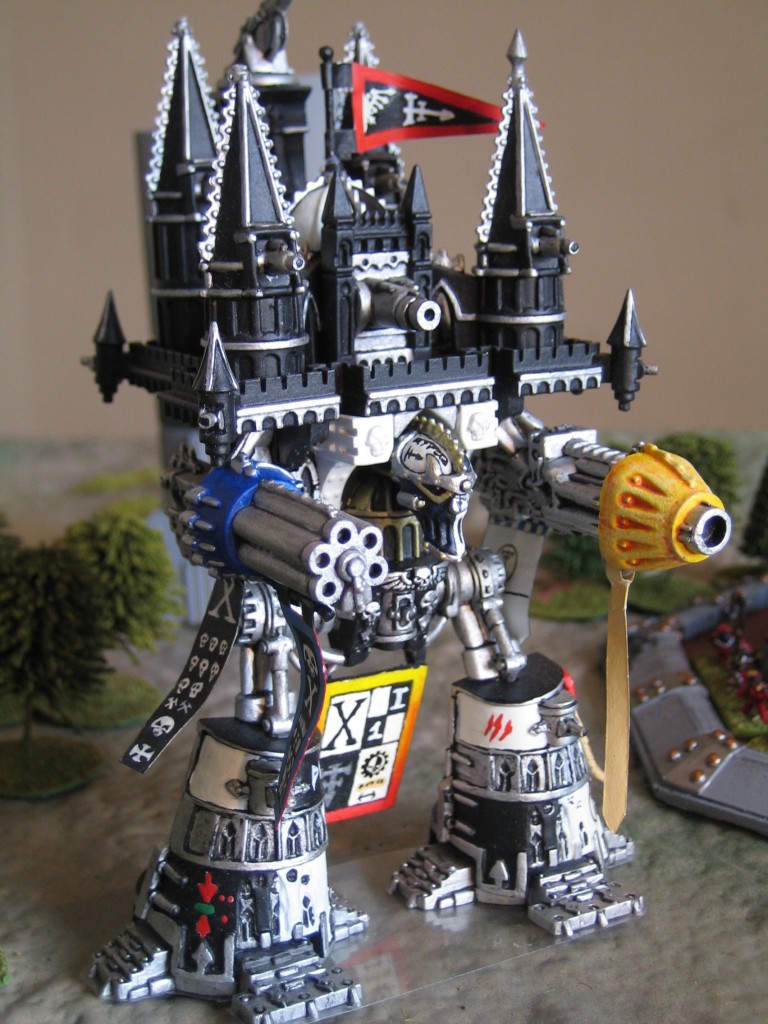 (By the way, if the above image looks familiar, it’s because the Wikipedia article on titans uses photos I took of some of my titans.)

The reason for their consternation is that Machinator Formidabilis has, in the ten years since its commission into the Legio Pantera (my titan legion, the Black Panther Legion), never even come close to being destroyed: not once. Even a massed rank of Gargants with their ultra-cheesy, shield-stripping, automatic-hit-on-the-legs GutBuster Cannon, has not managed to do it serious harm. So the thought of another indestructible castle robot on the battlefield fills them with dread.

Tempting though the thought is of fielding a 4,500 point army consisting of just two titans, that is not my plan: over the course of this summer, and described in depth on this nerdy gaming blog, I will be taking the above artifact and attempting to do what Christian Salling did and convert it into a Warmonger: a cousin of the Imperator, with a lower points cost, and a specialisation for long-range firepower and anti-aircraft support. Games Workshop used to produce a conversion kit, but they’re as hard to find as an honest politician, so I will probably end up scratchbuilding the bits that I need.

One thought on “My Summer Project”