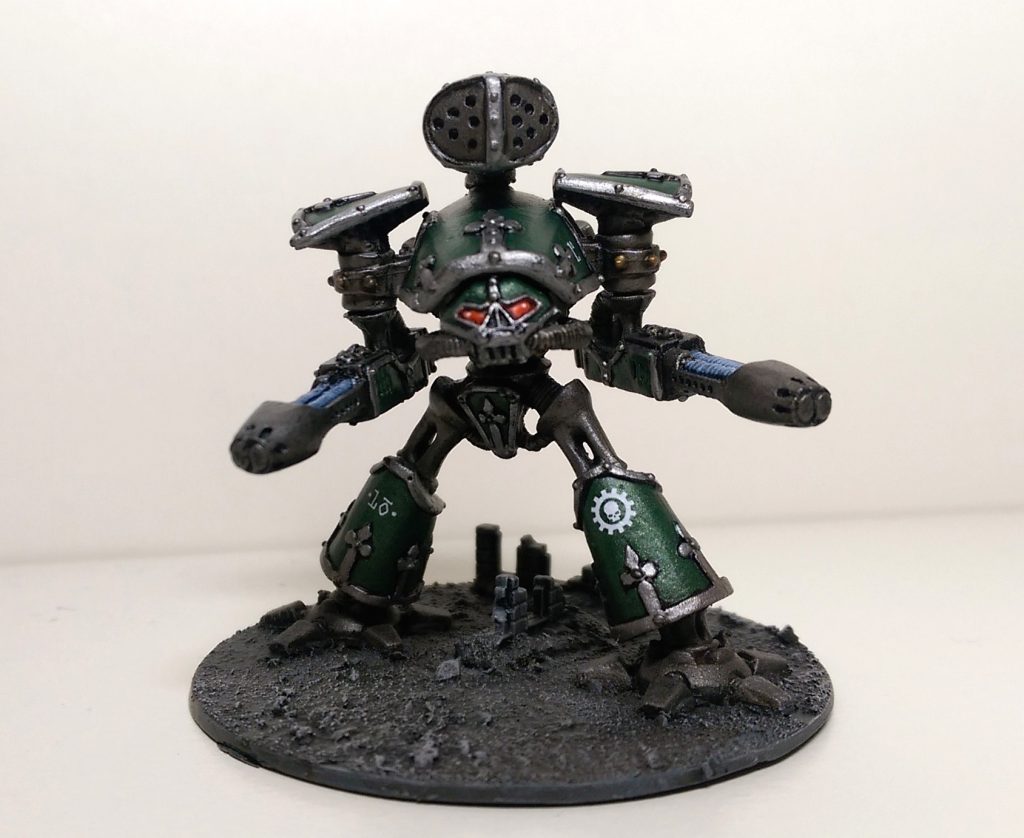 Here is the magnetised Reaver that I showed a video of in my last post. You will not that its colour scheme doesn’t match my other titans: this is because I have decided to build a new legion; because of the increased interest in Epic in my local area, I’ve been playing more titan-versus-titan intro games, and I want to have two different legions for these games.

The colour scheme is an old one: I had a few titans painted in this colour scheme many years ago, but repainted them as Legio Pantera (something I now regret!).

I’m currently working on some Warhounds to go with the Reaver, and then a Warlord or two thereafter. I’m planning on magnetising them all!