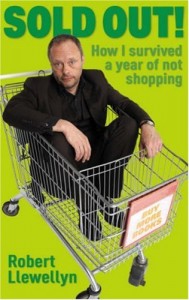 Like (I suspect) a lot of wargamers, hobbyists and collectors, I always feel a twinge of guilt when I fork out for shiny new toys. You don’t have to be in this hobby for too long before you end up with a backlog of unpainted models, sitting in their boxes, getting progressively less shiny and new as time goes by*.

Splurging that amount of cash on a single (albeit fully and totally awesome) model triggered a certain degree of introspection on my part, which was further fuelled by my wife’s (accepting but skeptical) response when I told her how much I’d spent. Of course we all realise that if we keep buying more than we can paint, the pile of unpainted models is only ever going to increase. This time, however, I’ve decided to do something about it.

I have plenty of stuff to keep me busy. Apart from the Reaver, I’m probably about halfway finished on the troops for my Salamanders army, which just leaves a Terminator Squad, the Storm Eagle, Bray’arth Ashmantle, Vulkan He’stan, and a couple of Razorbacks left to paint. I also picked up some old-style Wraiths and Pariahs (at a bargain price) for my Necron army at a local wargames show, and I have a load of Epic-scale Imperial/Tech Guard models, and a couple of Epic-scale Reaver titans still to paint. Plus I have a 10,000 point Epic Tyranid army that I bought on eBay about 10 years ago, that I’ve been meaning to rebase, clean up and finish off, that I basically haven’t touched since I bought it.

The only exception to the resolution above is that I still need to buy the weapons for my Reaver. However, I won’t need these for some time (once I’ve assembled and painted the body) and I plan to pay for them using “windfall” money (ie birthday money and money from selling stuff) rather than normal income.

Of course, I will still spend money on “consumables”: glue, paint and so on. But the cost of these will be very small compared to the models, especially since I now have an airbrush, which means I won’t need to buy so many cans of spray paint.

*In fact, this used to literally be the case: in the days when metal models contained lead, if they weren’t painted, the lead would corrode in contact with the air. This is called lead rot. ↩

One thought on “My resolution for 2014: no new models”